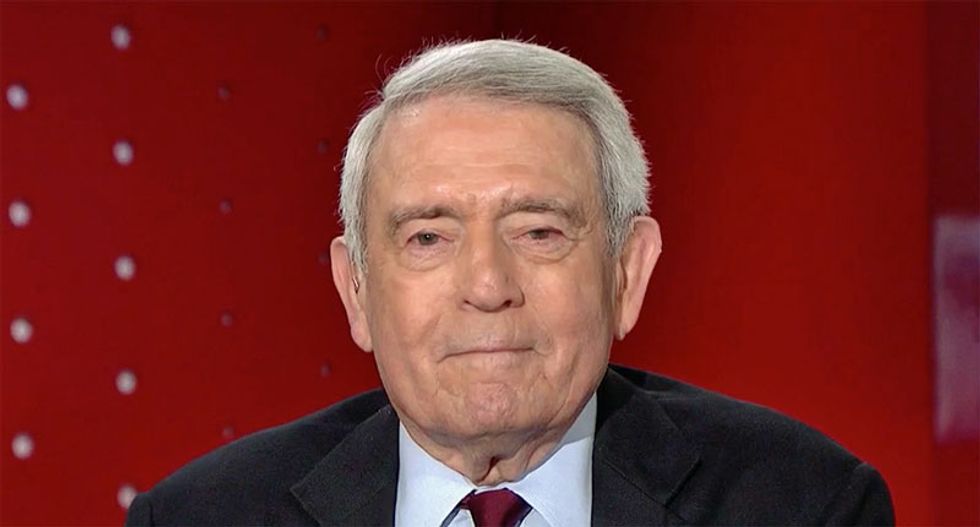 Journalist Dan Rather on MSNBC's 'All In with Chris Hayes'

Broadcast legend Dan Rather interpreted the latest timeline of Roger Stone's communication as causing fear within the White House during a Wednesday appearance on MSNBC.

"And all along, it has seemed most likely that if anyone did the coordinating, it would have been Roger Stone, the president's long-time confidante and adviser," anchor Chris Hayes noted. "And Julian Assange, the founder of Wikileaks, which released most of the hacked material."

"Roger Stone is an infamous figure," Hayes noted. "This is a guy who worked the dark side of politics for literally decades."

"And proudly so," Rather replied. "He's been associated with Donald Trump for a very long time."

"I have a feeling Chris, that for many people watching saying what is all this about, all this detail about Stone and it may appear to them as complicated as the wiring diagram for some complicated power plant," he explained. "In essence, to understand this, it's Mueller is clearly trying to determine whether or whether or not Russian intelligence, connected to Wikileaks, connected to the Trump campaign, and maybe is it to the president himself."

Rather suggested that Stone may have finally met his match in special counsel Robert Mueller.

"Roger Stone, who is a very smart fellow, he's a really smart guy," Rather noted. "But that Shakespeare line comes to mind, 'Oh what, a tangled web we weave, when we practice to deceive.' He considers himself a master deceiver."

"He's never met a decipherer of deception of Mueller's category and sooner or later, it may be later, we will know," Rather predicted.

The long-time CBS Evening News anchor also explained the impact upon the commander-in-chief.

"By any reasonable analysis, this increases the fear in President Trump," Rather observed. "You have to know that the fear is on the rise."

"Because he sees and hears what we have, and he knew it a long time ago," he reminded. "He's got to be saying to himself, 'Listen, if they're pressing in on Roger Stone and they're going to get him, if they haven't already, under oath, I've really got to be afraid.'"