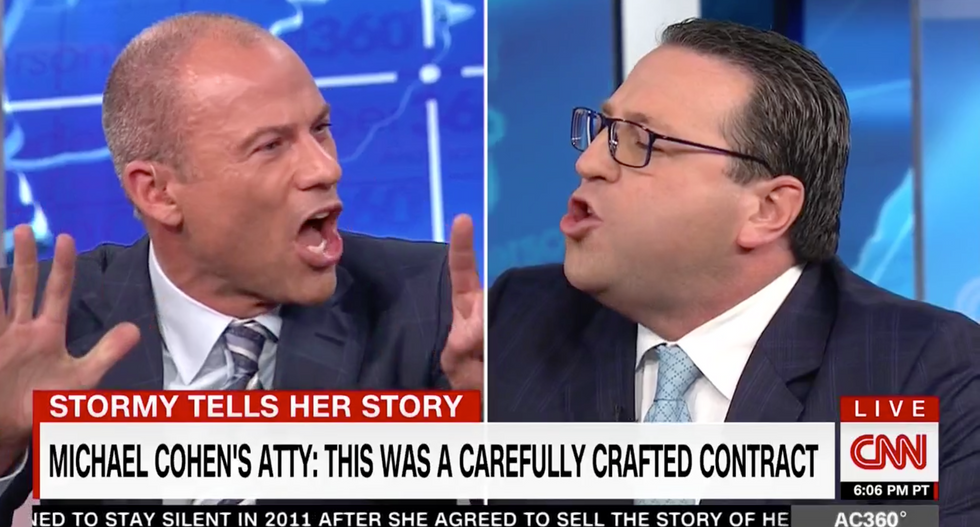 An attorney for who represents President Donald Trump's personal lawyer over the weekend dismissed allegations of an affair made by adult film star Stormy Daniels on 60 Minutes as a "complete bunch of nonsense."

During an interview with on AM 970 New York, host John Catsimatidis questioned the ethics of CBS after it broadcast an interview with Stephanie Clifford, an adult film star who is better known as Stormy Daniels. Clifford alleged in the interview with 60 Minutes that she had an affair with Trump while he was married to Melania Trump.

Cohen's attorney complained in the interview that Michael Avenatti, Clifford's lawyer, had called him a "thug."

Schwartz speculated that many U.S. senators had also had affairs.

"And guess what? Whose money paid for those settlements?" he asked. "It wasn't Michael Cohen, right? It was your money and my money and the taxpayers' money."

Schwartz concluded with a swipe at Avenatti.

"This guy is a PR machine and he's only in it for himself," he said.