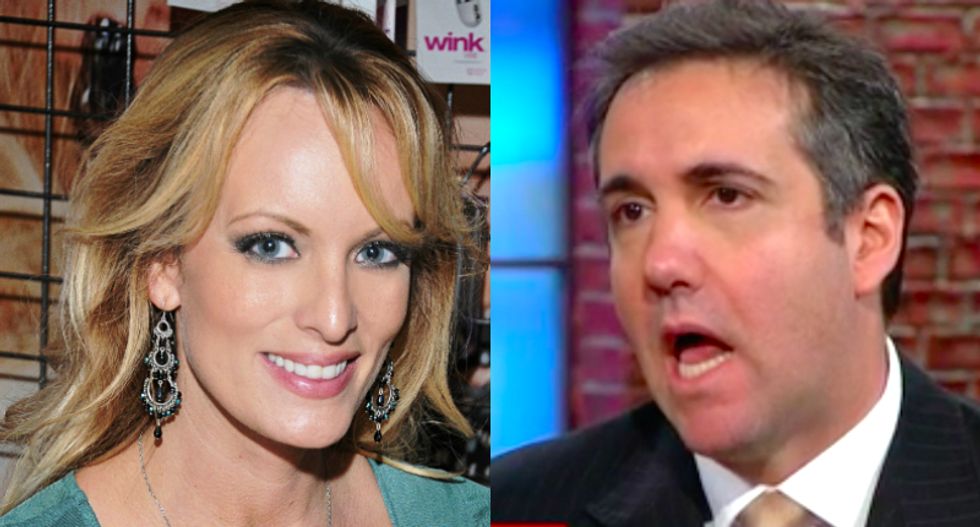 "What is your understanding of where things stand with Mr. Cohen, your adversary in this legal contest about Stormy Daniels's NDA?" anchor Nicolle Wallace asked Michael Avenatti.

"Well, we've learned moments ago -- within the last two hours -- that Michael Cohen will be filing a motion tomorrow in our case, an emergency motion, to stay or temporarily stop our case and the grounds for that motion are going to be that it is his intention to plead the 5th amendment against self-incrimination if our case goes forward, in light of potential criminal jeopardy that he finds himself in," Avenatti revealed. "So, this is a stunning development."

"Michael Cohen, who has been in essentially hand-to-hand combat with you over the enforcement of Stormy Daniels's NDA is now going to plead the Fifth?" Wallace asked.

"Today we find out that it is his intention to plead the Fifth against self-incrimination in response to any questions that I may pose to him in connection with our case, they are going to seek an emergency stay," Avenatti explained. "We are going to oppose that stay, we think we have very good grounds as to why there should be no delay in our case."

"But make no mistake about it, we're talking about the attorney to the President of the United States, the man that knows where a lot of bodies are buried," he continued. "And we have learned within the last hour or two that it is his intention to plead the Fifth Amendment."

"I find this incredibly ironic because Donald Trump has been very outspoken in the past about people that plead the Fifth," Avenatti noted. "And I'm going to paraphrase some of those quotes, he said only mobsters plead the Fifth and you only plead the Fifth if you're guilty."

"It is your belief and your contention that you have the right to depose the president. Wow does Michael Cohen pleading the Fifth impact that prospect?" Wallace asked.

"If Michael Cohen pleads the Fifth, then we want to turn to the next individual, which would be the president, to provide us information as to what happened here," Avenatti answered.

"Hopefully the president would not plead the Fifth," he continued. "I think that would be a stunning, shocking development in the history of our nation to have him plead the Fifth."