'Michael Cohen would have to be the worst lawyer in the history of the world': MSNBC panel explodes when discussing Stormy Daniels payoff 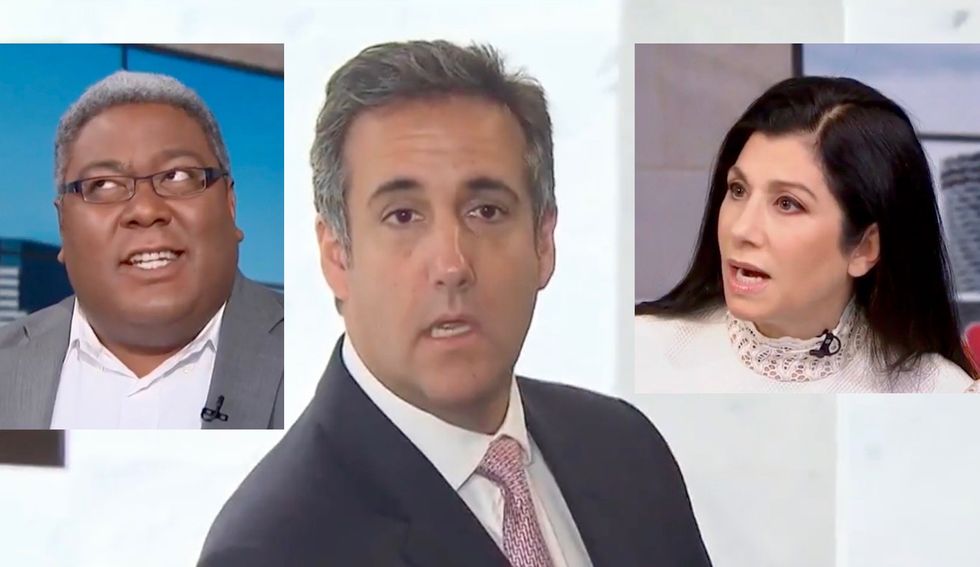 Did Donald Trump know that his personal lawyer and "fixer" was writing a check to Stormy Daniels?

MSNBC's Yasmin Vossoughian hosted a panel that discussed Michael Cohen's hush-money payoff—which Cohen currently claims he did on his own without Trump's knowledge.

Republicans are claiming that Cohen was a rogue actor who broke campaign finance laws on his own.

"This could also be something that Michael Cohen did, acting alone," said Republican specialist Noelle Kikpour.

"In my opinion, Michael Cohen took this into his own hands," Kikpour said. "Saying, 'I'm going to handle this and make this go away.'"

Other panelists pointed out that if you don't run big decisions by the candidate you tend to get fired in disgrace. Elie Mystal was not buying this story.