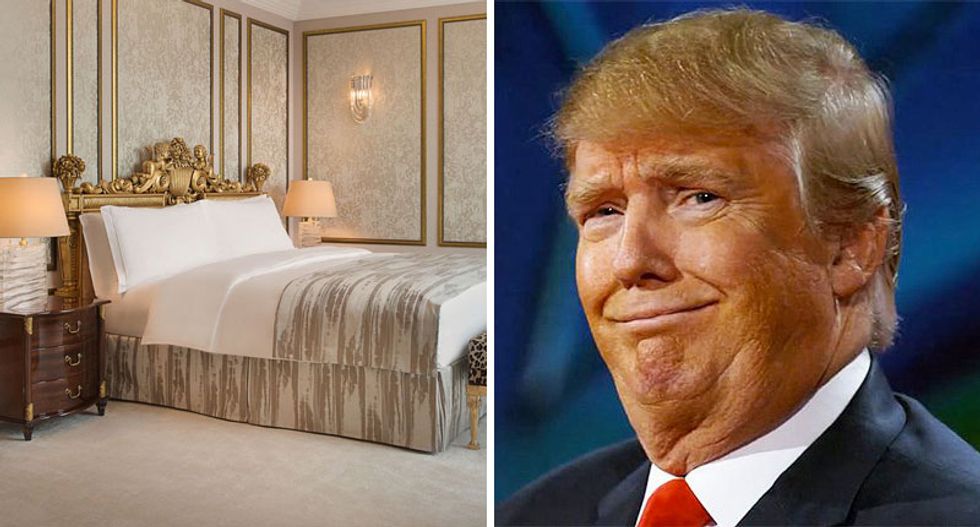 Another defense by the White House against an infamous dossier may have been undermined by reports to the contrary from another eye-witness," The Daily Beast reported Tuesday.

Thomas Roberts, who hosted the 2013 Miss Universe pageant in Moscow, says that President Donald Trump did spend the night in Moscow.

Previously, Trump denied the salacious allegations that Russian hookers defiled the bed in his hotel suite. The alleged motivation was that President Barack Obama had once stayed in the same room.

But Trump has said the allegations can't be true, because he never spent the night in Moscow.

“The first time I met Donald Trump it was in Moscow on November 8th, 2013,” Roberts recalled. “I taped a sit-down interview with Trump the next day on November 9th. That was also the date for the Miss Universe broadcast.”

“During the after-party for the Miss Universe event, Mr. Trump offered to fly me and my husband back to New York. He said he would be leaving directly from the party. We were unable to accept the invitation. That was the early morning hours of November 10th.”