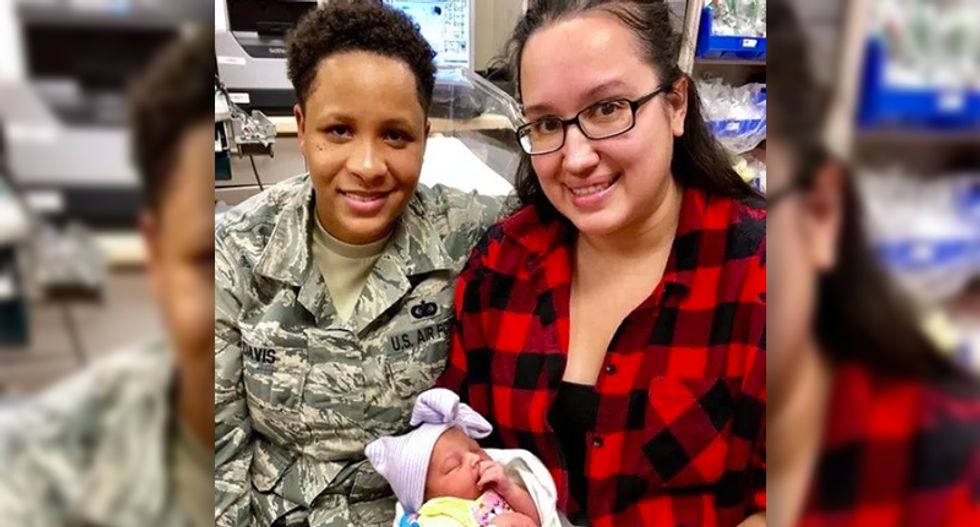 LaNisha and Ashley Davis (Photo: Provided by the family)

A lesbian couple were supposed to pick up their new foster child from Forrest General Hospital in Hattiesburg, Mississippi. On their way home from the hospital, after meeting their new child, they were told a judge changed his mind about the approval.

Ashley and LaNisha Davis worked with the Mississippi Department of Child Protection Services to be approved as adoptive parents, The Clarion Ledger reported. They were called and told that the birth-mother had signed over all parental rights and they would be able to pick up their new baby soon. Friends and family began buying clothes and toys.

On March 2, they even went to the hospital to meet their daughter for the first time and hold her.

After leaving the hospital, and still on the way home, the CPS office called to say that the Youth Court judge changed his mind about allowing the women to have the child.

"You're not going to get that baby," Ashley recalled being told on the phone.

They were told that the reason is that Forrest County Youth Court Judge Mike McPhail wanted the child to stay in the county. As an active duty military member, LaNisha had plans to move to New Mexico in May.

"We already told them we would stay behind until the adoption is finalized. We would do anything we need to do. We would move into an apartment in Forrest County if that's the case," Ashley said.

There isn't a policy or a law requiring foster children be placed into a home within 50 miles of their location. Still, even if there was, the Davis' current home would fit the mileage.

When the couple persisted, their phone calls went unanswered.

"We didn't hear from anyone. Everyone was ignoring us. We were waiting for over an hour, sitting in the (Forrest County CPS) office with someone who didn't know what was going on," Ashley said. "The social worker said she didn't understand why and said this has never happened before."

"That made us feel like we were being discriminated against," she said.

Mississippi has long denied adoption to LGBT couples but began allowing them in the last two years.

State CPS Commissioner Jess Dickinson told The Clarion Ledger in March that he didn't know that LGBT couples were denied adoption as early as two years ago.

"That's a legal call. They have a legal right to do it," Dickinson said of the Davis family. "I would never take any action whatsoever to prevent a same-sex couple from being a foster parent or from adopting a child because the law doesn't allow me to do that."

The Davises were the first LGBT couple approved under the new laws in January 2017.