'Mob bosses don't like to be investigated': Colbert needles Comey for being surprised Trump had him 'whacked' 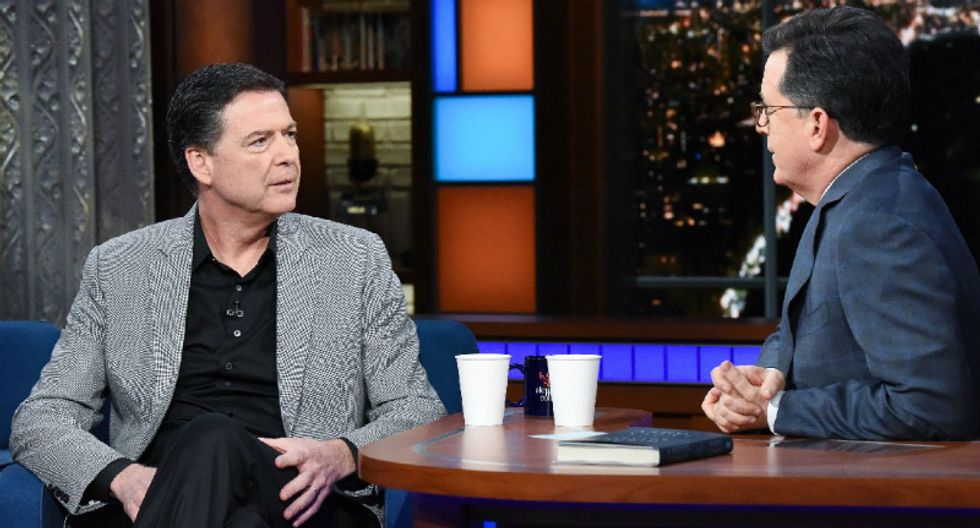 After fired FBI Director James Comey compared President Donald Trump to a mafioso, The Late Show's Stephen Colbert had one question: why were you surprised at what happened?

"If it felt like you were working for a mob boss, were you surprised that you got whacked?" the host asked the former FBI director, who laughed in response. "Because that's what they do."

"I actually was quite surprised because I thought, I'm leading the Russia investigation," Comey responded. "Even though our relationship was becoming strained, there's no way I'm gonna get fired or whacked."

When Colbert pressed him, the former FBI head said "that would be a crazy thing to do."

"I don't know if you've dealt with mob bosses before," the host added, "but they don't like to be investigated."