'Her mother intuition should have let her know': Fox commentators bash Michelle Obama over daughter interning for Harvey Weinstein 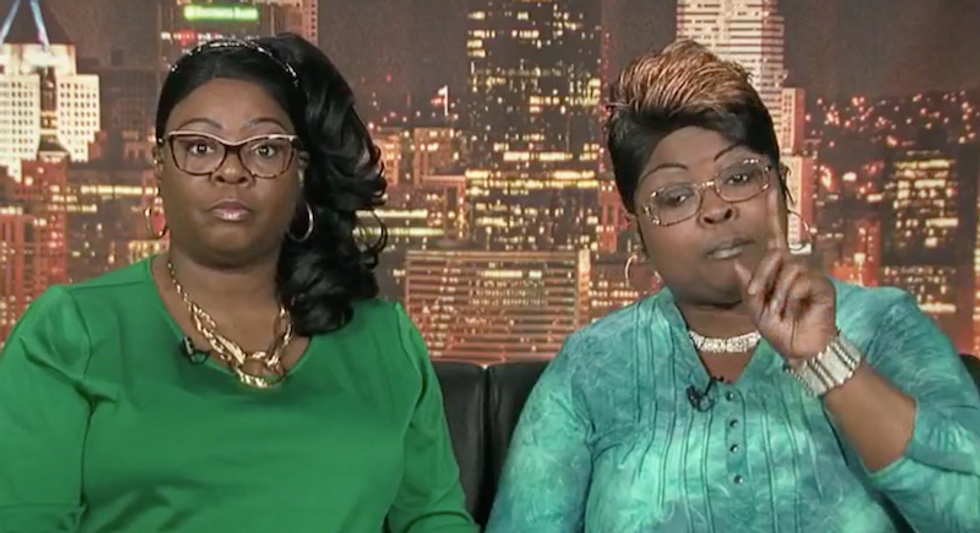 Diamond and Silk on Fox/Screenshot

Fox News commentators never pass up a chance to bash the Obama family.

And so, reacting angrily to an interview in which Michelle Obama said that her husband was like "the good parent," whereas Trump is the parent who lets us "eat candy all day and stay up late."

Diamond and Silk, two sisters from North Carolina who are regulars on Watters World, went on the attack.

"If Michelle Obama want to talk about parenting, talk about how she let her oldest daughter intern for Harvey Weinstein," she said.

Jesse Watters found this a little unfair, as there was no way Michelle Obama could have known.

"Her mother intuition should have let her know that something wasn't right," she said.