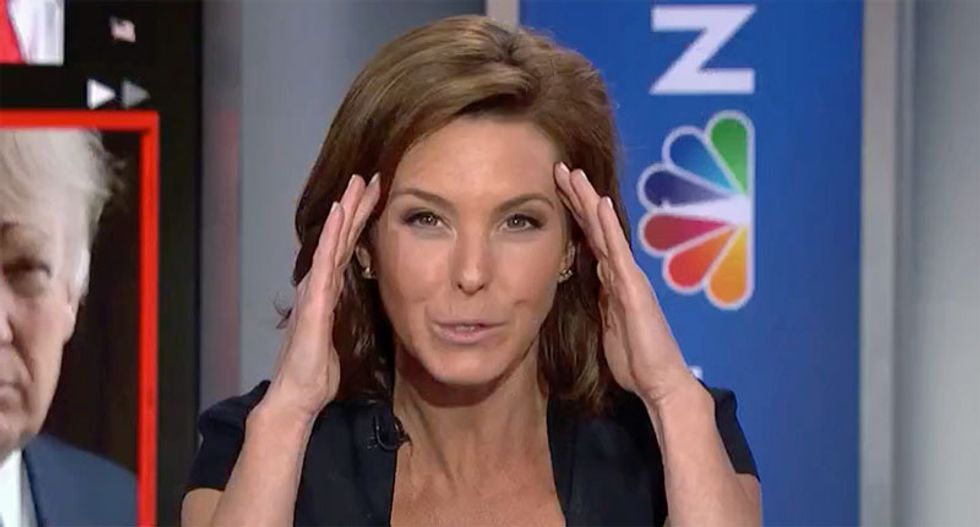 Fox News Sean Hannity was outed Sunday for having vast real estate holdings, including properties that take government money for HUD approved housing. It was those $90 million in holdings that were outed by the investigation into Michael Cohen.

According to the report broken by The Guardian, Hannity has several shell companies set up to navigate 470 different homes in 7 states.

"First, I want to apologize to Sean," New York Times op-ed columnist Bret Stephens began. "I once called him Fox News's dumbest anchor. He's clearly the shrewdest real estate developer. I think it's funny Sean Hannity turns out to be a welfare queen for HUD, having taken advantage of guarantees that were put forward by none other than the [Barack] Obama administration."

Stephens noted that Hannity has said over and over he isn't a journalist, though his determination seems to shift back and forth depending on what is the most expedient at the time.

"He proves it every single day," Stephens continued of Hannity's lack of journalist chops. "The question for Fox News is whether they want to consider themselves a journalistic institution and continue to employ as an anchor a guy who clearly is better at real estate than he is, at reporting."

After spending most of her career in banking, MSNBC host Stephanie Ruhle noted that when bank employees have a conflict of interest, regulators and the FCC get involved.

"We're sitting here going, 'well, what's Fox News going to do?'" she asked. "It's a judgment call about making money and advertisers. In banking, it doesn't matter if a trader is making $1 zillion for the bank, if it's bad ethical practice, they've got to go."

"What we find here, to echo your point, is norm erosion, right?" said Princeton University Professor Eddie Glaude. "Basic norms are just being tossed out the window. And the currency of our political moment is hypocrisy. It is the most valuable currency of our political moment. So, I can trade on -- I can say anything. I can do anything. I can be in conflict, right? As long as I'm pursuing my own self-interest and being narcissistic and whatever. As long as I'm doing that, I don't have to worry about the consequences. So, norms are being cast aside from the top all the way down to the bottom and people who claim to be the moral arbiters of our politics."