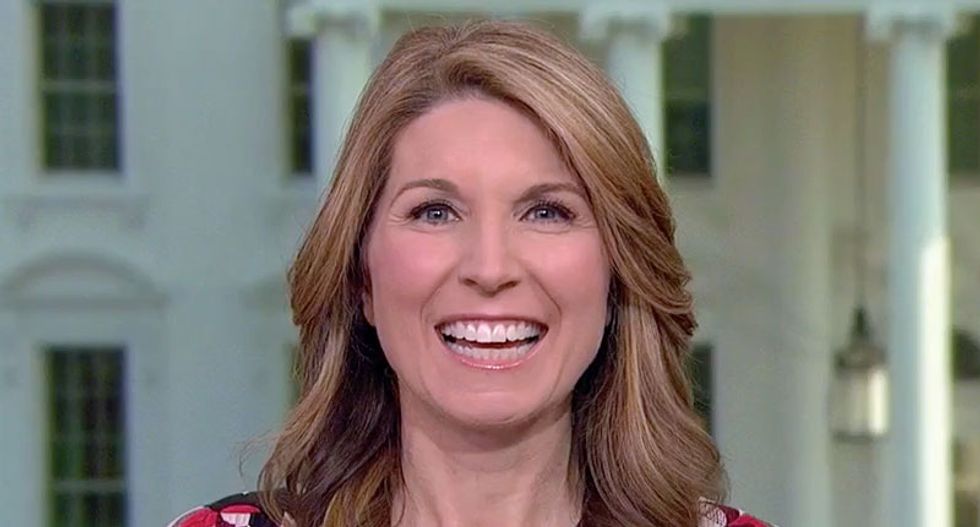 "There is a lot of debate in the media whether you cover the president's tweets," anchor Nicolle Wallace acknowledged. "We pay attention to them, because for the most part, they look like they come interest straight from the true Trump."

Wallace then examined a single tweet from the commander-in-chief.

"Let's fact check that, no it's not," Wallace noted, examining the first the three highlighted sections of his argument.

"Fact check, not really, sir," was the conclusion of the MSNBC anchor and former GOP White House communications director.

"Wrong again," was her conclusion and the last section of the tweet. "Here may be where you are the most wrong, Mr. President."

Though her fact check may not reach those most in need of hearing it, one panelist suggested.

"The president may want to live in an alternate reality and so too do people who support him. They are not watching your fact check on the show right now," MSNBC political analyst Eli Stokols noted. "And I think what we are heading to in terms of this possible constitutional crisis that we may arrive at, we will find out whether or not we live in a true constitutional democracy with checks and balances, or if we're going to live in Donald Trump's alternative reality, because I don't know that we can live in both."

"Look, this is a president to whom truth is inconsequential and corruption is commonplace," explained former Congressman David Jolly (R-FL). "It should be on the shoulders of the Paul Ryans and the Mitch McConnells and Republican Leaders on Capitol Hill and throughout the party to stand up to that, but they are staying silent and they are staying silent because Donald Trump has fully high-jacked this party."

"This is Donald Trump's party," the former Republican congressman concluded. "He owns it and he controls it."