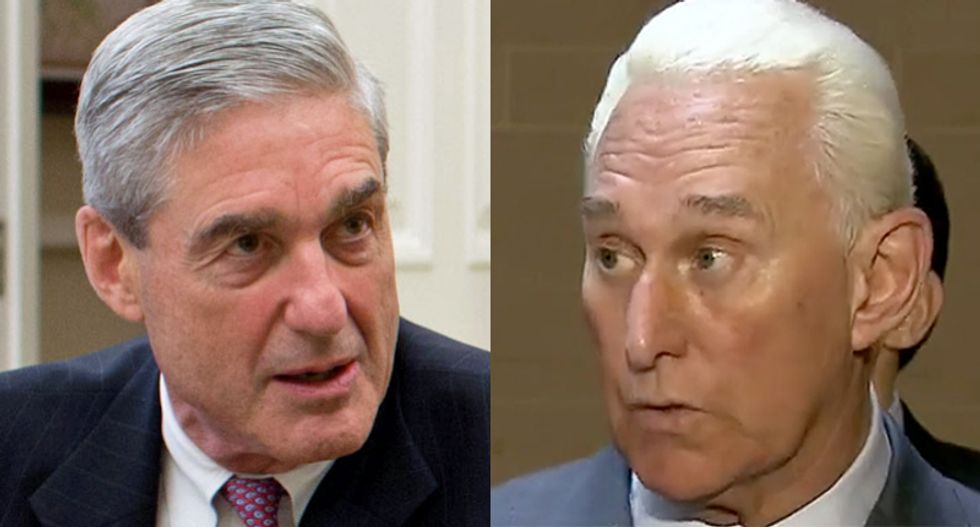 The Wall Street Journal reported Monday that a person close to the special counsel's probe is looking into the claim, which Stone made in an email to now-controversial campaign aide Sam Nunberg in August 2016.

"I dined with Julian Assange last night," Stone wrote in an August 4, 2016 email obtained by the Journal. The day after he emailed Nunberg, Stone publicly praised WikiLeaks on Twitter, and then two weeks later said he'd never met with Assange.

"I never dined with Assange,” Stone told the Journal. The email “doesn’t have any significance because I provably didn’t go…there was no such meeting. It’s not what you say, it’s what you do. This was said in jest."

Politico reporter Marc Caputo asked the Trump confidante about the exchange, to which he responded that Nunberg believed him and "can't take a joke." He also provided photos of his passport to prove he was in California at the time of the alleged meeting in London.

“Apparently Sam can’t take a joke,” Stone said via text after I sent him the WSJ article. More below from Stone https://t.co/nMsLYilglG
— Marc Caputo (@Marc Caputo)1522699726.0

According to the Journal's source, Mueller asked Stone about the claim in sworn testimony before the grand jury.