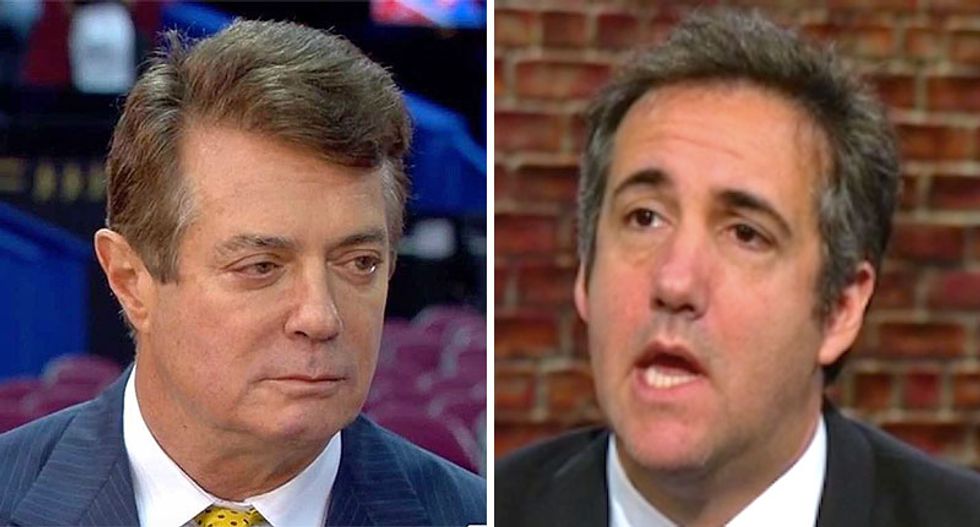 The former Assistant Director for Counterintelligence at the Federal Bureau of Investigation explained on MSNBC's Deadline: White House that special counsel Robert Mueller is like an epidemiologist tracking the spread of an infection.

"Frank Figliuzzi, I love when you take me inside the investigator's mind, inside these rooms," said host Nicolle Wallace.

"Well, before we talk about crimes, let's not forget how this special counsel inquiry started and what's at the heart of it," Figliuzzi replied. "It started as a Russian counterintelligence investigation. So, one of the questions that Mueller has to answer is not whether there are criminal violations, but rather how, when and why a foreign power may have compromised our president."

"That question needs to be answered and it's paramount," he added.

"It's helpful to think of the Mueller team almost as epidemiologists tracking the origin of an infection," he suggested. "Increasingly now, with this reporting, we are seeing that Cohen and certainly Manafort may be the vectors for the Russian infection."

"So, this is the question," Figliuzzi said. "I think we're looking at a president who was tainted early on with Russian business -- although he keeps denying he had any Russian business, doesn't have any Russian friends and then I think his circle of friends propagated that virus and that infection."

"Again, the contact and coordination is hiding in plain sight," Wallace concluded. "I think what we're getting at is the motive and whether or not there was a conspiracy to impact the outcome of the election."