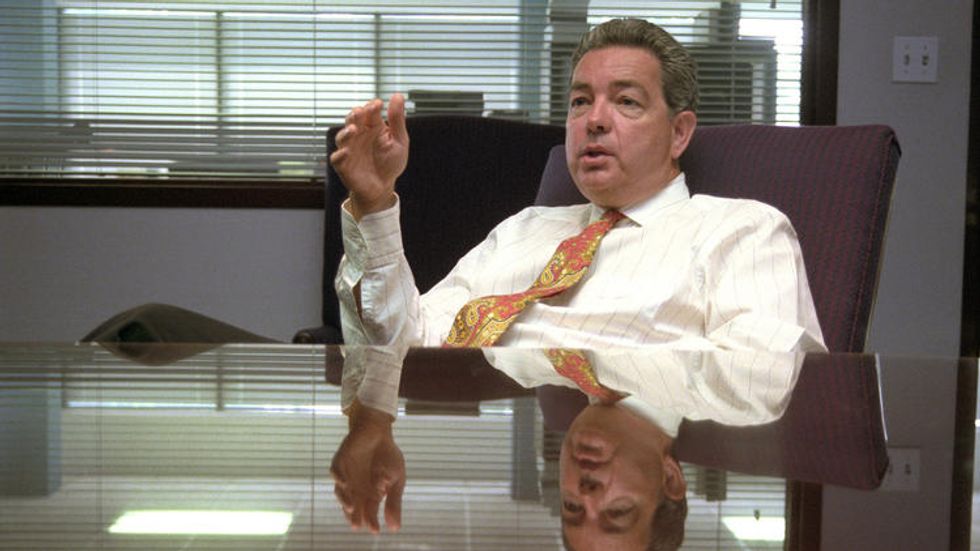 Neighbors of David D. Smith, the executive chairman of the Trump-promoting Sinclair Broadcast Group, are accusing him of violating restraining orders they got placed against him, while also generally making their lives "miserable."

The Guardian reports that Smith last year was held in contempt of court by Judge Lance Walker of Cumberland county superior court in Maine after he violated a previous restraining order that barred him from removing posts that were erected close to his neighbors' property at his second home, a $2.2 million house located just outside of Portland.

During the hearing, neighbor Leslie Fissmer told the court that she felt "intimidated" by Smith and what she described as "his flagrant disregard of a lawful court order." The judge ordered Smith to pay Fissmer's legal fees and costs in his contempt ruling.

In an interview with the Guardian, Smith said that he was unaware of the restraining order placed against him when he removed the post, although he said that he believed the order was not legitimate since the post was located on his property.

This isn't the only run-in that Smith has had with neighbors at his Maine property either, as the Guardian describes some even more drastic actions he took regarding a common right-of-way lane used by people in the neighborhood.

"According to the neighbours, Smith also claimed ownership of the paved lane they all used as a shared right of way, after a survey that he commissioned found that boundaries were being incorrectly enforced," the Guardian reports. "Smith 'began drilling holes in the road and installing cones' that blocked the lane, according to the lawsuit, and he said the shared right of way actually ran through Fissmer’s property."

Reed Gramse, another of Smith's aggrieved neighbors, was not shy in telling the Guardian what he really thinks of his Trump-loving neighbor.

"He has been unneighbourly," he told the publication. "He's making us all miserable and we wish he’d just go away."