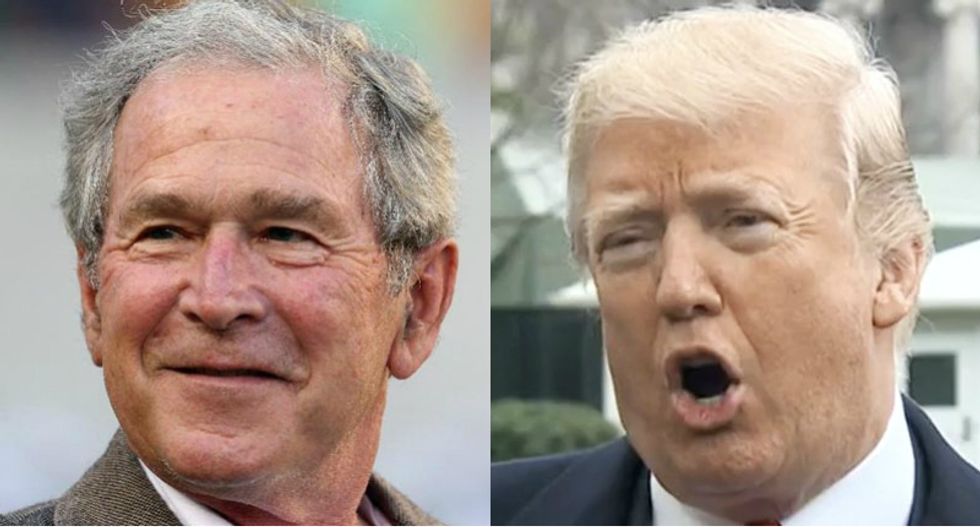 In May of 2003, then President George W. Bush declared victory in the Iraq War below a "Mission Accomplished" banner on the USS Abraham Lincoln. 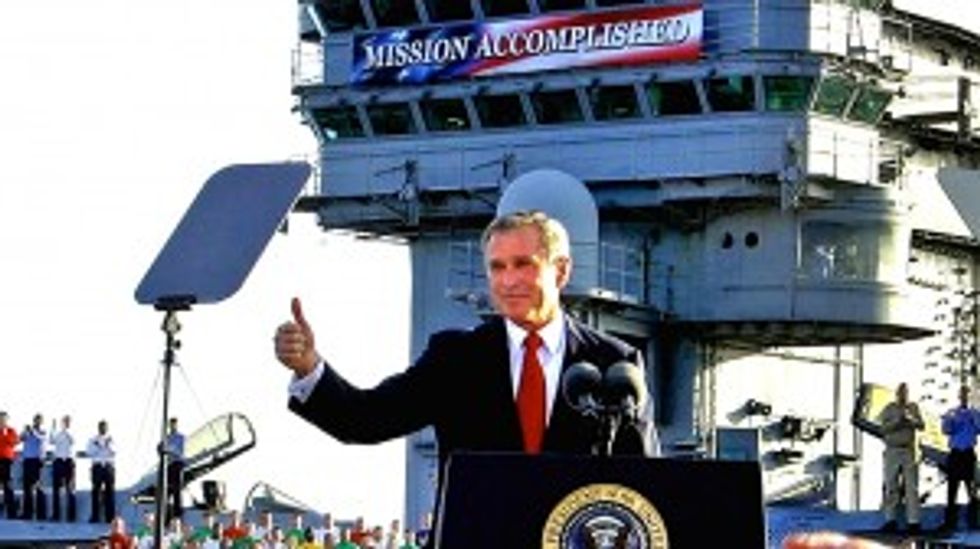 President Bush flashes a "thumbs-up" after declaring the end of major combat in Iraq as he speaks aboard the aircraft carrier USS Abraham Lincoln off the California coast, in this May 1, 2003 file photo. Six months after he spoke on an aircraft carrier deck under a banner proclaiming "Mission Accomplished," President Bush disavowed any connection with the war message. Later, the White House changed its story and said there was a link.[/caption]

President Trump's choice of words did not go unnoticed, with many commentators focused upon how President W. Bush came to regret his photo-op as the war dragged on for years.

Here are a selection of some of the best comments:

"Mission Accomplished" is definitely a very good phrase to use about a military intervention in the Middle East https://t.co/zMYMrAcbHr
— Tom Phillips (@Tom Phillips) 1523708572.0

“Mission accomplished.” This guy has exactly zero self awareness. Also, it looks like he tipped off Russia. https://t.co/TBoqeXmcg2
— Scott Hechinger (@Scott Hechinger) 1523709815.0