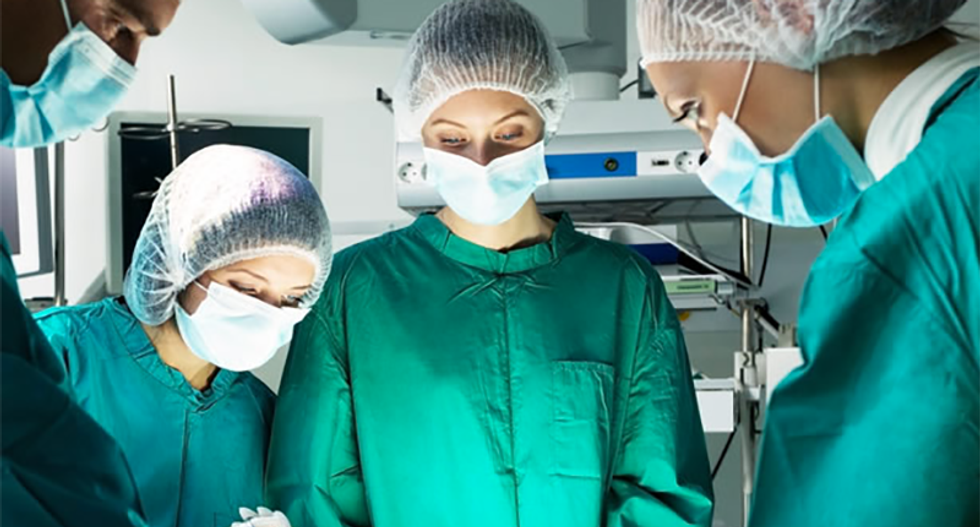 Over the weekend, as the journalism world fiercely debated whether it’s OK to make fun of Sarah Huckabee Sanders, the New York Times—without stirring much controversy—asked if doctors should let people die if they’re addicted to drugs.

“Injecting Drugs Can Ruin a Heart. How Many Second Chances Should a User Get?” the headline of a large feature piece wonders. The article details the frustrations doctors face dealing with the fallout from the opioid crisis. That includes having patients doing drugs in the hospital, a phenomenon one doctor likens to “trying to do a liver transplant on someone who’s drinking a fifth of vodka on the stretcher.”

People who inject drugs are susceptible to blood infections, which can lead to endocarditis, a catastrophic condition that requires a surgeon to patch a heart back together with one or more artificial valves. The procedures are expensive, and doctors or hospitals are not happy to do them on repeat for people who continue to do drugs. So the piece seems to ask, in all earnestness, whether it makes sense to deny people with a deadly condition treatment if they seem likely to relapse.

The piece centers around 28- year-old Jerika Whitefield, a Tennessee mother who lands in the hospital half-dead from endocarditis after injecting meth. “Her whispered appeal to a skeptical nurse: “Please don’t let me die. I promise, I won’t ever do it again.”’ The article goes on to explain that doctors tell her this would be the last time they would operate on her if she keeps shooting up. Her step-father recalls that one doctor admitted he would not try very hard to save her life. “He said once someone’s been shooting up, you go through all this money and surgery and they go right back to shooting up again, so it’s not worth it,” Mr. Mignogna recalled. “I was just dumbfounded,” the article notes.

Whitefield gets a redemption narrative. She appears to have stopped doing illegal drugs, even as she continues to suffer from the serious health complications of endocarditis and the anxiety of being treated like a pariah by the medical establishment. Others, who are nameless in the piece, aren’t as lucky.

“A little over a year ago, [Dr. Pollard] replaced a heart valve in a 25-year-old man who had injected drugs, only to see him return a few months later. Now two valves, including the new one, were badly infected, and his urine tested positive for illicit drugs. Dr. Pollard declined to operate a second time, and the patient died at a hospice. It was one of the hardest things I’ve ever had to do,” he said.

It’s not entirely clear if the doctor opted out of operating on the 25-year-old man because he thought he was too sick to make it through the procedure, or if he chose to let him die because he assumed he’d keep doing drugs. It’s also not clear if Jerika Whitefield’s doctors really meant to follow through on their threat not to operate on her in the future or if the warning was a tactic to scare her straight. But the idea that medical professionals should refuse to treat a patient who fails to curb their addiction is highly questionable.

Dr. Jana Burson runs a MAT (medically assisted treatment) clinic in Wilkes County, North Carolina, where she administers buprenorphine and methadone to over 500 patients. She sees the struggles people go through to kick their addictions and she doesn’t think medical professionals should treat people battling addiction any differently than other patients.

“I think it’s a horrible idea,” Dr. Burson tells Raw Story. “Same as refusing to prescribe insulin for a diabetic who may not follow her diet. I don’t think we want to start down that road. Could we refuse to treat emphysema in patients who are still smoking? Where would it end?”

Widney Brown, Managing Director at the Drug Policy Alliance, points out how irrational it is to deny people treatment as some sort of tough love approach to addiction, when there policies that work to help people.

“The simplest point is that if we had comprehensive harm reduction practices for people who inject drugs—like sterile needle exchanges and safe consumption sites—they wouldn’t be getting heart infections. With harm reduction, you reduce the risk of complications.”

Also, why single out people who use drugs? “People engage in risky behavior all the time. Everytime you get in a car, you put on a seat belt and have an air bag (which is harm reduction) because driving is risky. Yet we stigmatize drug use as the kind of risk where we don’t want to allow people access to what can reduce harm. We’re more into stigmatizing this group of people rather than help them figure out how to not have bad health outcomes as a result of drug use.”

Brown, who previously worked for the medical ethics organization Physicians for Human Rights in conflict zones like Afghanistan and Syria, says physicians shouldn’t be arbiters of morality.  “They’re there to heal. At a minimum do no harm, at a maximum help people live in the best way. They’re not the ones who should be deciding that this person is not worthy of medical treatment because of what they do.” In war zones, doctors are ethically bound to treat people based on need, not based on whose side they’re on, Brown says. “If an enemy is shot up, they’re compelled to treat the person who needs it most, not based on whether they’re a good or bad person.”

America’s war on drugs continues to rely on judgmental, punitive approaches, rather than public health strategies—with poor outcomes.  “So you drive people underground, and you’ve got them using drugs in the most dangerous way—at the same time you’re not funding treatment. In that context of doing nothing to ensure people are making good choices about drugs—whether to do them in a safer way or to quit—and then we decide not to save this person’s life because they do drugs?”