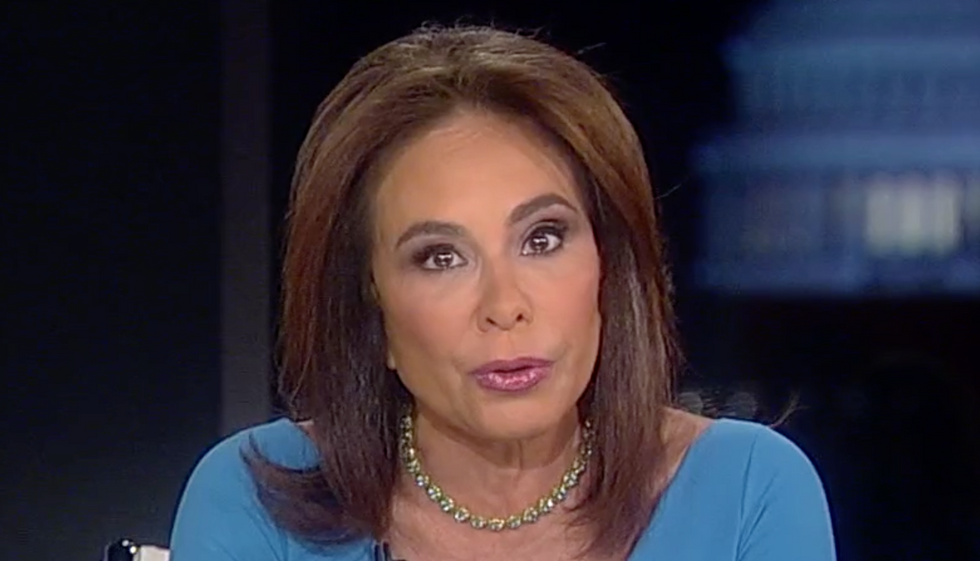 "It's open season on the first family," she said. "How did we get so lost?"

Pirro was mad that a president who she identified as graduating at Wharton with good grades was being mocked by Hollywood types who "didn't get past the 12th grade."

"How is it that these people are so comfortable, so at ease hanging in effigy the bloody head of our president, laughing about killing him in an elevator, laughing about blowing up the White House, threatening to beat up the president," she said.

"They do it because they can. They have learned that there are no consequences, that nothing happens to them when they do," she said.

She then dog-whistled to authoritarianism as a solution.

"There's only one group to blame? That group is the Republican Party," she said.

On Friday, The Daily Beast reported that former President Donald Trump is now asking supporters on his email list to chip in money to help him fight his lawsuit against CNN.

This comes in spite of the fact that the lawsuit, announced last week, has not yet actually materialized and Trump has not taken any formal steps to initiate legal action against the cable network.