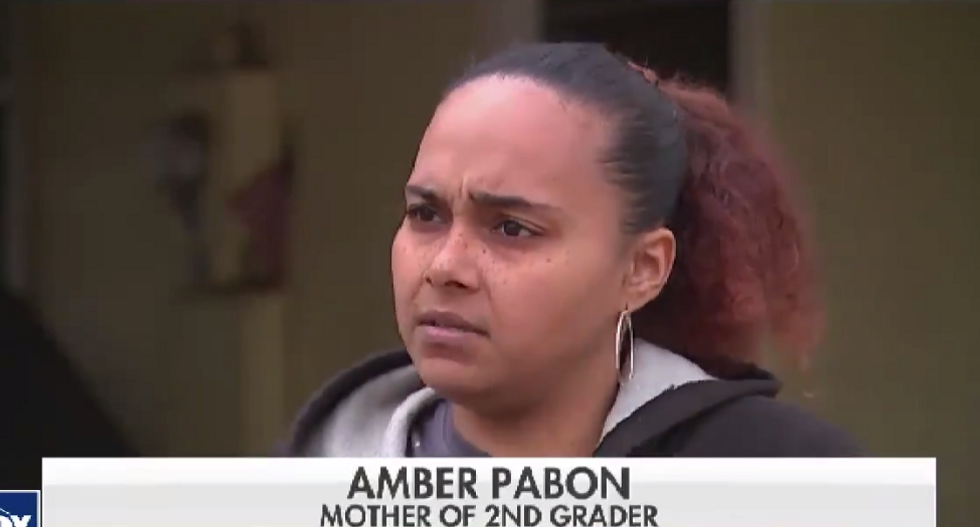 A Raleigh, NC mother of an elementary school student is speaking out this week after her second-grader was sent home with a sheet that explained white privilege, WTVD reports.

According to Pabon, that sheet discussed “white representation in government, the military, media, and education” and listed “examples of white privilege in society,” according to WTVD.

"He's 8 years old. What does he need to know about racism or white privilege?" Pabon asked.

"I think the message itself is inappropriate because yes there is racism out here, and they need to learn about it,” Pabon said. “But let the parents do that. Because like I said, if she's teaching him the way she knows, it could be completely different from the way I know. And me being part of the black community, I know different from how the white community sees it.”

Pabon also told the News Observer her son “asked me if white people are better.”

“The way the school did it was inappropriate,” she said.

In print at the top, the document notes it’s “part of an initiative led by the school's PTA Advocacy Team,” which “[focuses] on generating awareness and empathy to create a safe and equitable Hunter Community.”

Sources told WTVD the sheet was aimed at parents, and is part of an 11-step initiative that began during Black History Month. Parents can opt-out of receiving the handouts.

Juliette Grimmett, a member of the PTA's advocacy team, told the News Observer the sheets were intended to promote “greater empathy”—not white supremacy.

"We live in a world where we need to have greater empathy and understanding of people's experiences," Grimmett said. "Because Hunter is so racially and ethnically diverse, these issues are so important for families at Hunter. We know there’s a lot of data on the impact of race on education.”

Watch the video below, via Fox & friends.