'We are now in the end stages of the Trump Presidency': Reporter lays out why the Cohen raid is game over 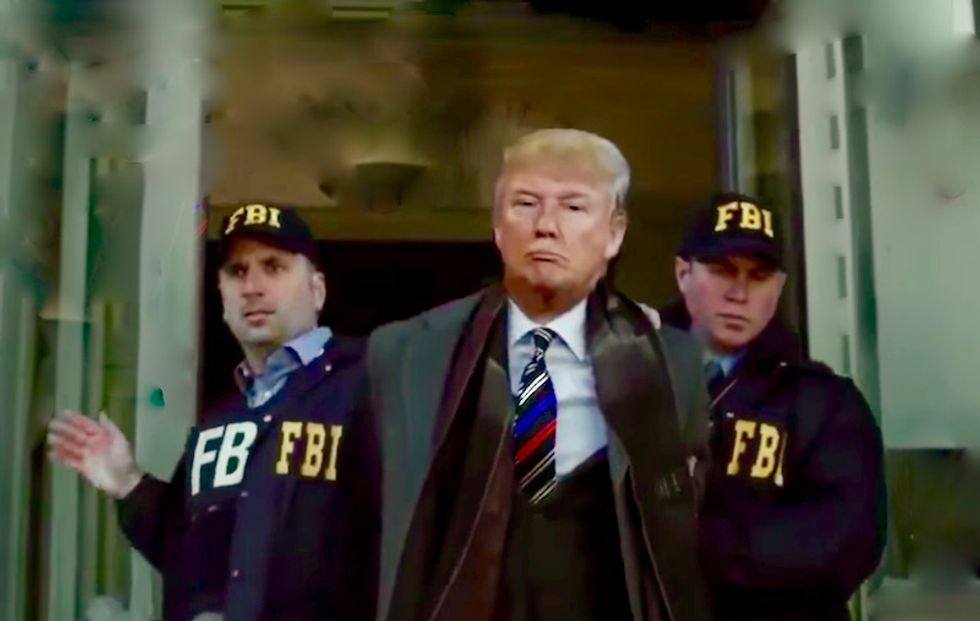 Is the raid of Trump lawyer Michael Cohen's office the beginning of the end?

New Yorker reporter Adam Davidson thinks so. In a new essay titled "Michael Cohen and the End Stage of the Trump Presidency," Davidson draws parallels between the war in Iraq and the financial crisis of 2008. His argument is that people who think that Trump's dealings won't change the minds of the people who supported him fail to appreciate the factor momentum plays when the actual facts are laid out—as they can be now that Cohen's records have been taken by warrant. Davidson says he now feels, "a familiar clarity about what will unfold next in the Trump Presidency."

"Sure, many people have a vague sense of Trump’s shadiness, but once the full details are better known and digested, a fundamentally different narrative about Trump will become commonplace," he writes. "Remember: we knew a lot about problems in Iraq in May, 2003. Americans saw TV footage of looting and heard reports of U.S. forces struggling to gain control of the entire country. We had plenty of reporting, throughout 2007, about various minor financial problems. Somehow, though, these specific details failed to impress upon most Americans the over-all picture. It took a long time for the nation to accept that these were not minor aberrations but, rather, signs of fundamental crisis."

Prosecutors are now looking at the core of Trump's corrupt business dealings, Davidson says, and that will make all the difference.

"Cohen was the key intermediary between the Trump family and its partners around the world; he was chief consigliere and dealmaker throughout its period of expansion into global partnerships with sketchy oligarchs. He wasn’t a slick politico who showed up for a few months. He knows everything, he recorded much of it, and now prosecutors will know it, too," he writes.

"[I]t seems likely that, when we look back on this week, we will see it as a turning point," he writes.

If Davidson is right, the end game will basically look like the viral video of everyone in the Trump orbit being arrested—except, of course, most of the people in that old video are already out.