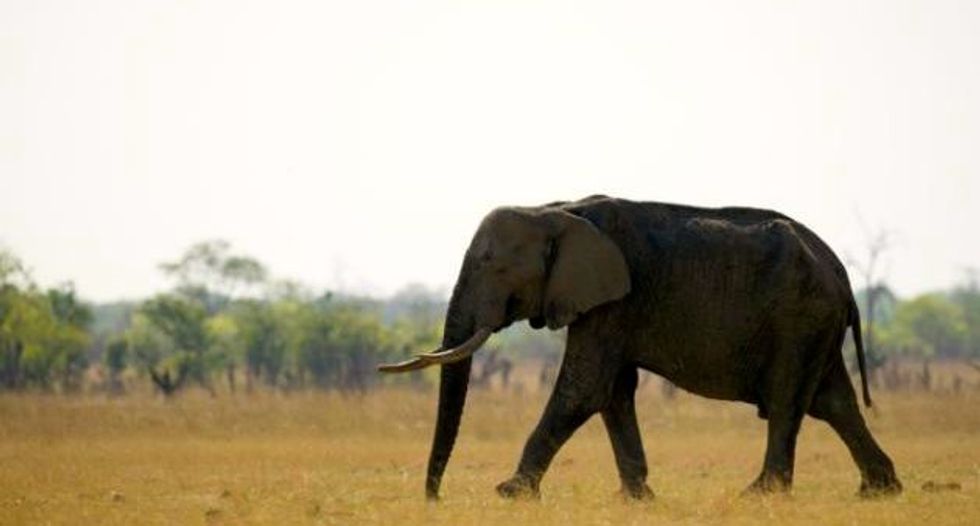 An emerging online market for elephant skin in China is threatening the survival of the creatures in neighbouring Myanmar as poaching intensifies to meet demand, conservationists warned Tuesday.

Myanmar has watched with alarm as the number of slain elephants found in the country's forests rises each year, with many blaming the trade in the mammal's hide.

The biggest market for the products is in China, where the tough skin is ground up and used to treat stomach or human skin ailments, or sold as jewellery in the form of blood-red beads and pendants.

The items are increasingly advertised and sold on the internet, according to the UK-based charity Elephant Family, which outlined the findings in a new study called "Skinned: The growing appetite for Asian Elephants".

Unlike poaching for ivory, the skin trade does not discriminate between genders and ages in elephants, making them far more vulnerable.

"This means that no elephant is safe," said the group's acting conservation director Belinda Stewart-Cox. "Myanmar is losing too many elephants too fast."

Elephant Family monitored multiple internet forums and interacted with traders -- without making purchases -- to learn more about the supply chain.

Out of eleven online sellers who said they knew the product origin, nine cited Myanmar and two Laos.

One China-based trader who claims to have "invented" elephant skin beads said she gets the material from a Myanmar border town, calling the sourcing "long-term and nonstop," the report said.

Some 2,000 wild elephants are thought to be left in Myanmar, the second largest population in the region after Thailand.

But a combination of weak oversight and lawless border regions outside central government control has made Myanmar a key hub in the global wildlife trafficking trade.

Last year 59 elephant carcasses were found in the wild, a jump from four in 2010, according to government statistics cited by the report.

While the NGO said it was hard to prove with certainty whether the rise in skin product sales was directly linked to the rise in poaching, the parallel surge leaves few other explanations.

The researchers also documented the sale of elephant skin powder through China-based traditional medicine and pharmaceutical platforms, though it remains unclear whether African or Asian elephants were used in the goods.