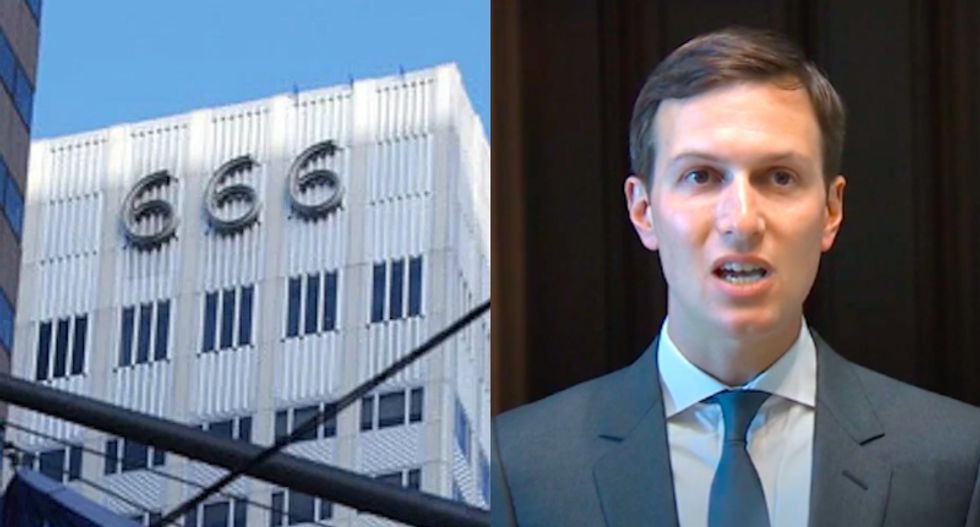 In an annual letter to investors, Vornado chairman and chief executive officer Steven Roth wrote “I believe we now have a handshake to sell our interest to our partner."

The 666 building has a $1.4 billion mortgage due in February 2019 and the Kushner family has been publicly rebuffed in its global search for financing.

Vornado noted that “this situation continues to be fluid -- there can be no assurance that a final agreement will be reached or that a transaction will close.”

The Kushner's bought the building in January 2007, closing the deal on Jared Kushner's birthday. Kushner is currently a senior White House advisor for his father-in-law, President Donald Trump.

“This is a great acquisition for our company,” Kushner said at the time.

The $1.8 billion deal occurred just before the financial crash and the Kushner family has been under the burden of the debt ever since. In 2011, Vornado bought a 49.5 percent interest in the building's office space, The New York Times reported.

"Vornado declined further comment through a spokeswoman," The Times noted. "A spokeswoman for Kushner Companies said Charles Kushner, an Orthodox Jew, was unavailable to comment because he was observing the Sabbath."