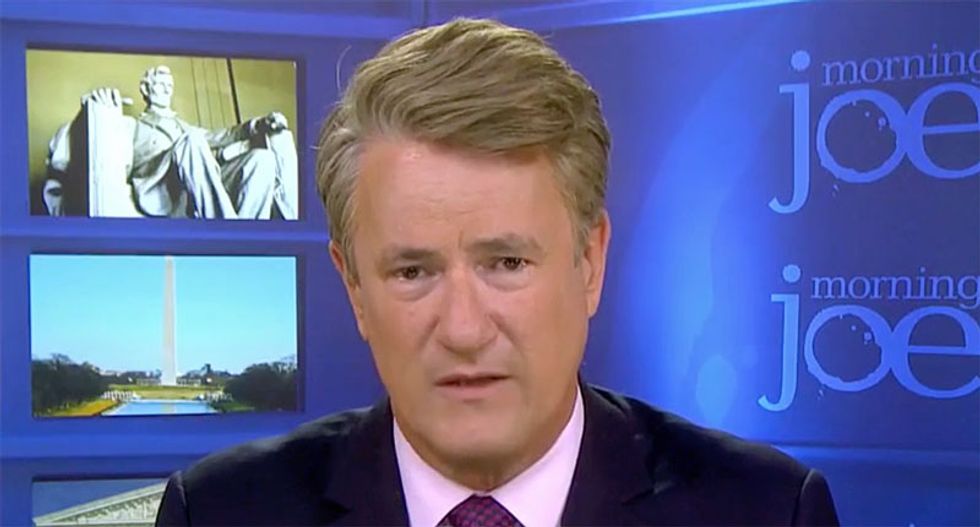 Former Republican congressman and co-host of MSNBC's Morning Joe, Joe Scarborough, offered a "harsh" assessment of the Speaker Paul Ryan (R-WI) era in Congress during a rare prime-time appearance on All In with Chris Hayes.

"Here's my big question about Paul Ryan, why today, why now?" Hayes asked.

"I think Paul Ryan -- I've known him since he was 22 years old, always liked the guy personally -- there's no doubt that Paul has always been more of a policy guy than a political guy," Scarborough answered.

"This was a position he may not have been entirely comfortable in, I'm sure his dream job was being chairman of the Ways and Means Committee," Scarborough suggested. "It was an ill-fitting position for him, he was not comfortable standing up to Donald Trump."

"You know, Devin Nunes is only there -- allowing Donald Trump to do what Donald Trump does -- because Paul Ryan's allowed him to be there," he explained.

"Again, I like Paul Ryan personally, but where was Paul Ryan's press conference after Charlottesville?" he asked. "Where has Paul Ryan been standing up defending Robert Mueller?"

"It hasn't happened," Scarborough noted. "I don't know why, for those of us who have liked Paul Ryan and respected him for years, that will remain one of the great mysteries of his speakership."