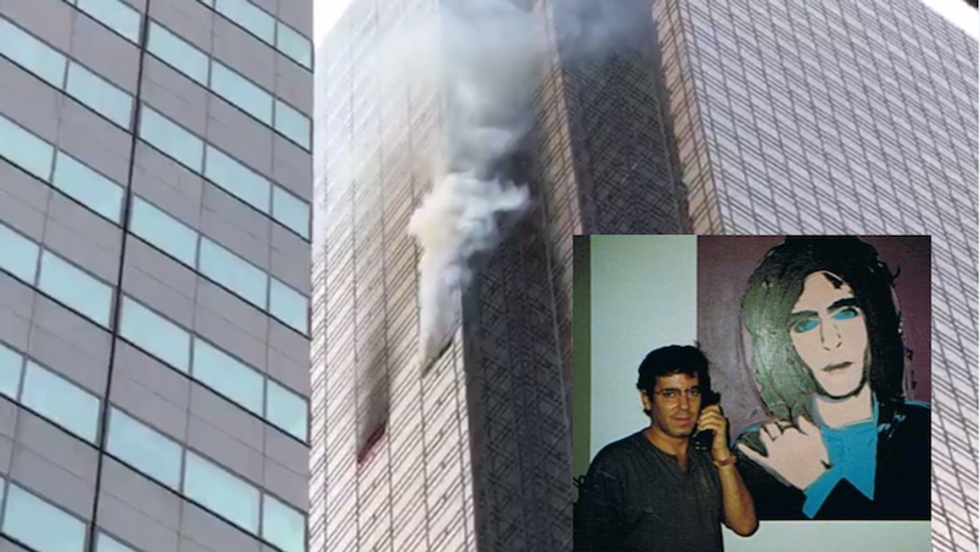 Todd Brassner who died in his Trump Tower apartment/Screenshots

The tenant who died in Saturday's Trump Tower fire was not a favorite of the president, who called him a "crazy Jew," the New York Daily News reports.

Art dealer Todd Brassner, a friend of Andy Warhol, who lived in the building for two decades, was killed in a blaze on Saturday. Trump Tower does not have sprinklers on its residential floors because the president lobbied to avoid having to install them.

Art dealer Patrick Goldsmith, a friend of Brassner, told the Daily News that he was visiting the building in 1996 and was caught staring at Trump's tiny hands. According to his story, Trump asked a doorman who he was visiting.

The White House pushed back on the account when approached by the Daily News.

“Basing a front-page story maligning the President solely on a decades-old unverified claim by a critic of the President — whose own family members are Jewish — is absurd,” said one of the president's spokespersons.