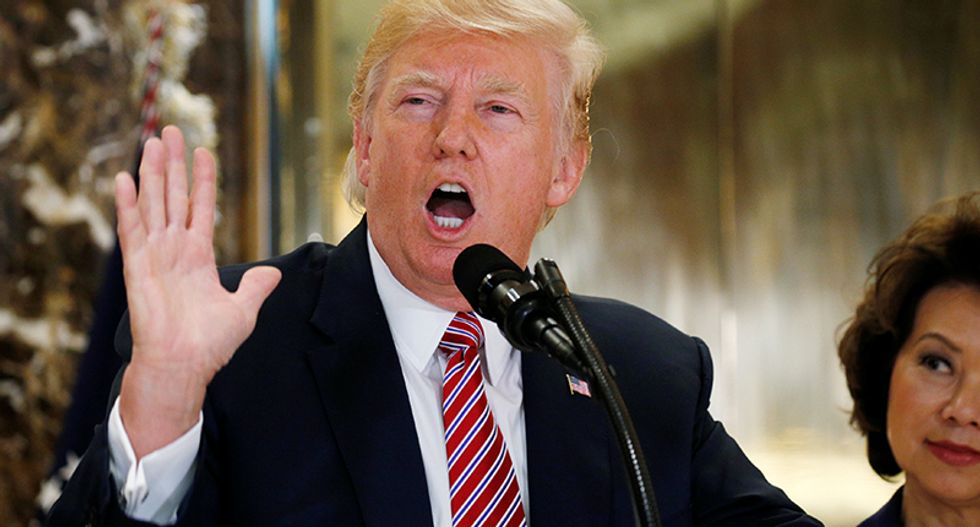 U.S. President Donald Trump speaks about the violence, injuries and deaths at the "Unite the Right" rally in Charlottesville as he talks to the media with Secretary of Transportation Elaine Chao (R) at his side in the lobby of Trump Tower in Manhattan, New York, U.S., August 15, 2017. REUTERS/Kevin Lamarque

President Donald Trump lobbied not to have sprinklers installed on the residential floors of his New York properties.

After one person died in a fire at Trump Tower on Saturday, CBS News noted that Trump had not fought against legislation to require sprinklers in residential skyscrapers.

The New York Times reported in 1999 that Trump opposed the legislation, claiming that he could not afford to put sprinklers in his buildings

After a fire in a residential building in 1999, then-Mayor Rudy Giuliani called for the sprinkler legislation, putting him at odds with his longtime friend.

According to The New York Post, Trump called at least six city council members to lobby against the sprinkler rules, and he even retired the campaign debt of one councilman at a cost of $5,000.

In the end, the legislation passed and was signed by Giuliani. But Trump Tower was not required to have sprinklers because it was built 15 years prior to the rules, and Trump never did install sprinklers on the residential floors of the building.