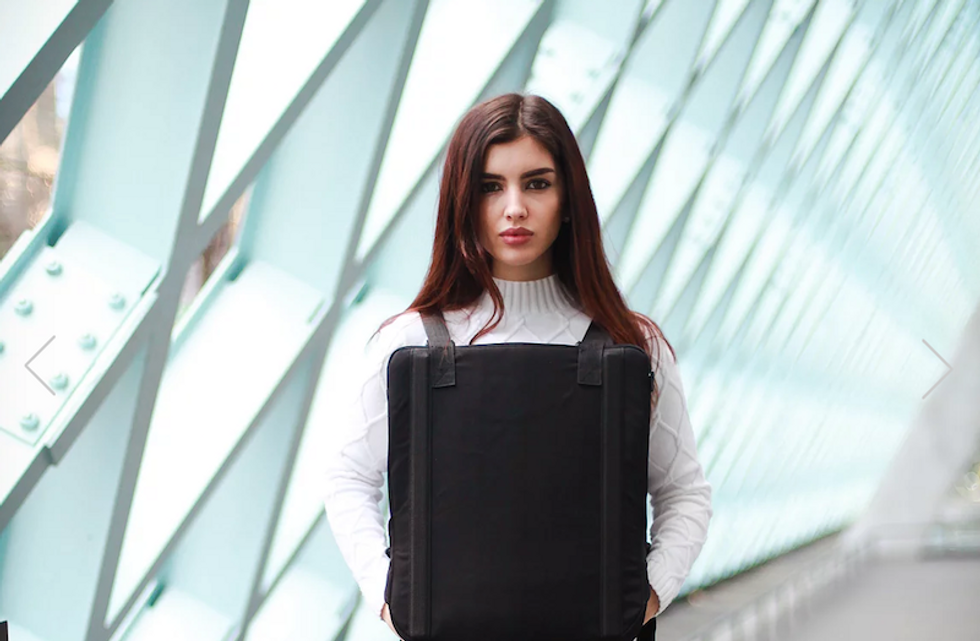 With national gun control laws not likely to change until at least after the November election, a start-up is now selling a bullet-proof stadium chair.

Seattle-based Practical Protection says normal bullet-proof vests are "impractical" for average people, and that they have solved this problem with "the world's first portable outdoor seat that transforms within seconds into a top-caliber bulletproof vest."

"In today's world, being prepared for a worst-case scenario can comfort, safety and piece of mind," says founder Aaron Ansel. "They're never going to work if you don't have them with you. The challenge is that most bullet-proof vests are designed with a single use-case in mind, and they don't typically serve any other purpose. In short, they're impractical." 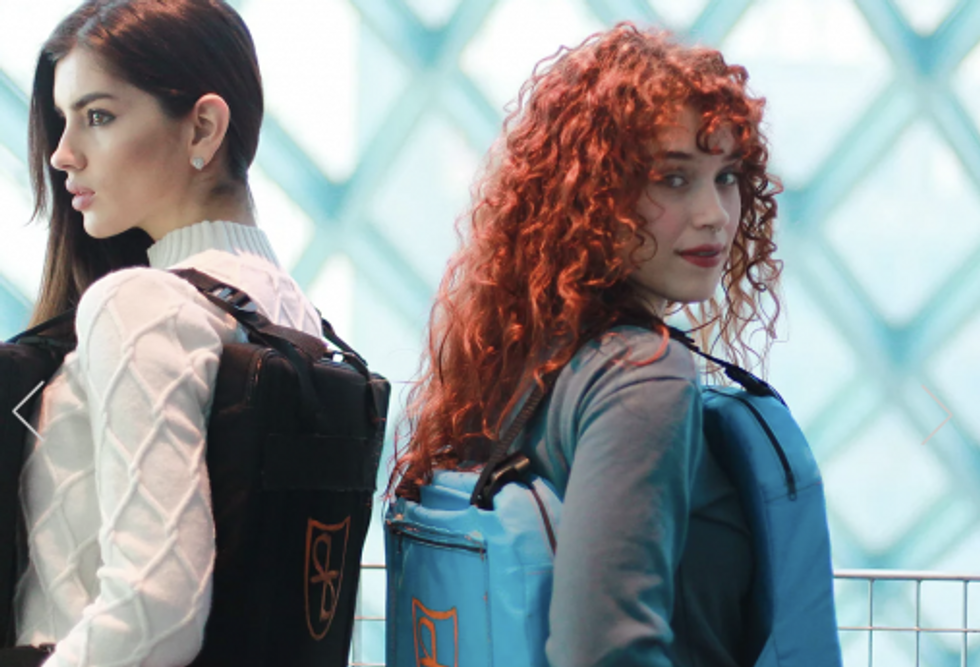 The Prydwen comes in many different colors/Screenshot[/caption]

The high tech plastic fabric it's made from can protect you from bullets up to a .44 magnum from any distance.

The vest includes a fitted insert for a rear-facing ballistic plate that can stop AR-15 fire.

The company thinks they may be useful in schools. Which is at least as practical as giving kids buckets of rockets to fend off shooters armed with AR-15s.

Watch the company's promo video below.