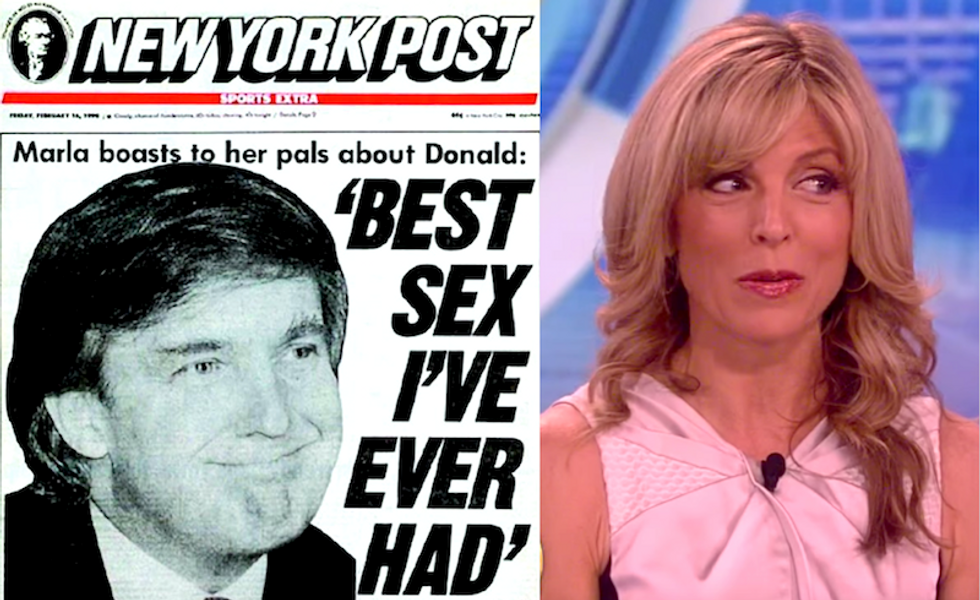 A journalist behind one of the most infamous tabloid stories about Donald Trump has come clean about the details in a new essay for the Hollywood Reporter.

In 1990, in the middle of Trump's messy divorce from his first wife Ivana, Jill Brooke worked on a story headlined the "Best Sex I've Ever Had" in the New York Post. The front page story quoted Donald's second wife, Marla Maples, and was ordered up directly by Trump.

The story as Brooke tells it came about because the New York Daily News wrote sympathetically about Ivana and a jealous and bitter Trump reached out to a friendly editor at the Post to counter it.

"Those fucking bitches," Trump bellowed over the phone, according to Brooke. "I want a front-page story tomorrow."

"Donald, you just don't demand a front-page story," Brooke's boss told him. "There has to be a story."

"For all the newspapers I've sold for you, you should give me one," Trump demanded. "What gets a front-page story?"

When the editor told Trump that it's usually "murder, money or sex" Trump gave him a sex story—that his new wife said sex with him was the best she ever had.

The editor asked to Brooke to her and Trump held out the phone—as Brooke says, she did not realize at the time that the future president had a habit of impersonating other people on the phone.

Trump later went back to Brooke to try to get his new wife a TV gig—which did not work out. Read the full essay here.

Watch Maples talk about her marriage to Donald on The View below.