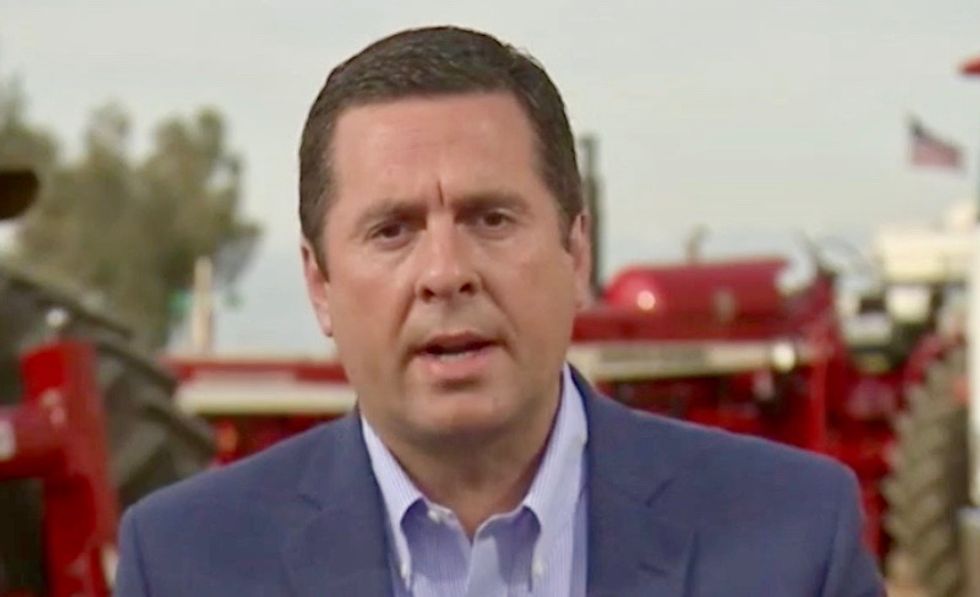 Devin Nunes has, for whatever reason, become one of Donald Trump's most loyal defenders in the House of Representatives.

Nunes wrote the debunked memo that attempted to paint the investigation into Russian collusion as politically motivated.

While speaking with Jeanine Pirro on Saturday night, the California congressman flat-out lied, telling Pirro that the Steele dossier "wasn't started by Republicans." It's been well-established that the dossier was started at the behest of Republicans during the party primary—the first work was done on behalf of the Washington Free Beacon, a conservative Web site funded by Never Trump Republican and Bannon nemesis Paul Singer.

Nunes alleged a vast conspiracy between The Democrats, the mainstream media, the Department of Justice and the FBI.

Nunes went on from there, alleging that the Democrats "were the ones who colluded with the Russians."

"They ought to be suing themselves," he said.