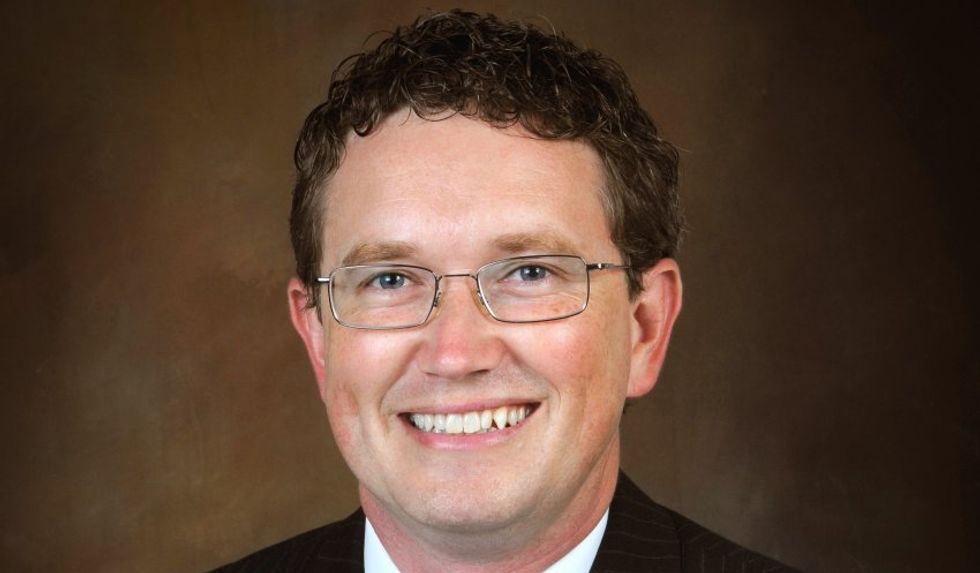 A Republican congressman denounced French President Emmanuel Macron as a "science-alarmist" after the world leader delivered a speech to Congress on Wednesday.

When another Twitter user called the tweet untruthful, the congressman added: "'I will advocate for militarism in front of the Congress,' Macron said."

However, Macron said he would advocate for multilateralism -- not militarism.

Massie's office indicated to Raw Story that the militarism quote came from media reports about Macron's interview on "Fox News Sunday," which had inaccurately transcribed the French president. 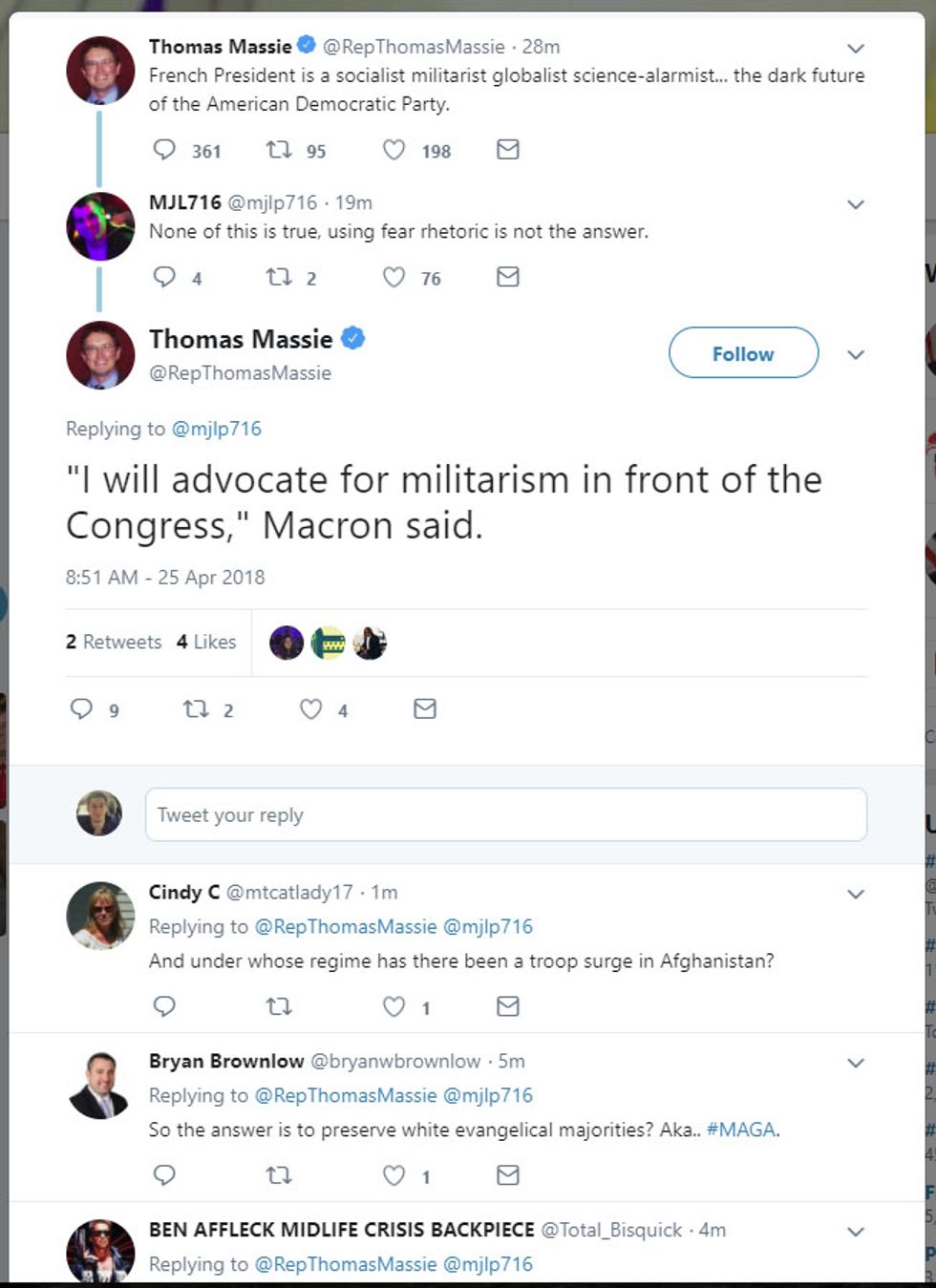