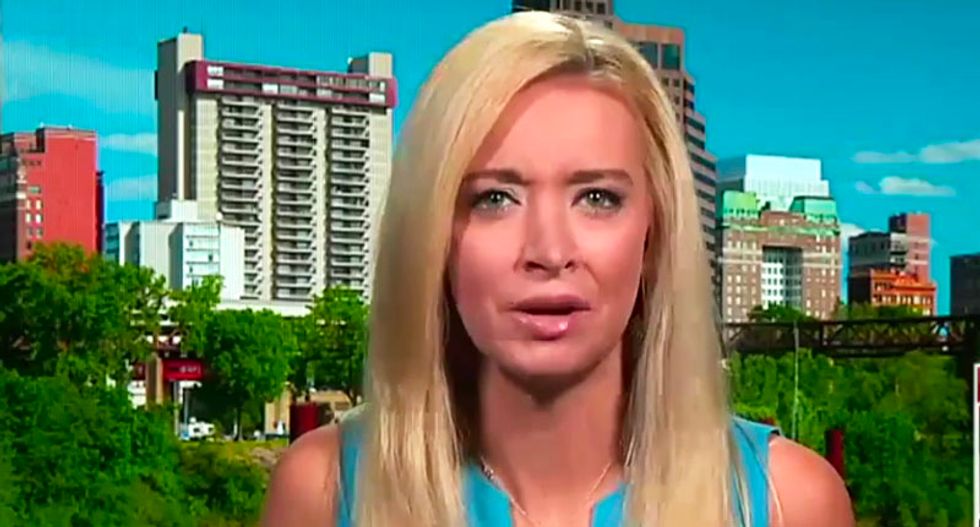 Republican National Committee spokesperson Kayleigh McEnany was on the receiving end of some push back on Fox News Saturday after a new host suggested President Trump's comments about fired FBI director James Comey were not befitting of the highest office holder in the land.

McEnany called Comey "rogue, disgruntled employee" and criticized him for such acts as taking memos.

"He's gone off the rails, really," she said. "It's not befitting for an FBI director to spill all of these secrets in a book."

McEnany was then confronted by the Fox News host, who asked about

"We have no problem with that because it's counter-punching," she said. "It's very different to just go out and unilaterally attack someone."

McEnany then said that Trump was breaking through "the mainstream media narrative."