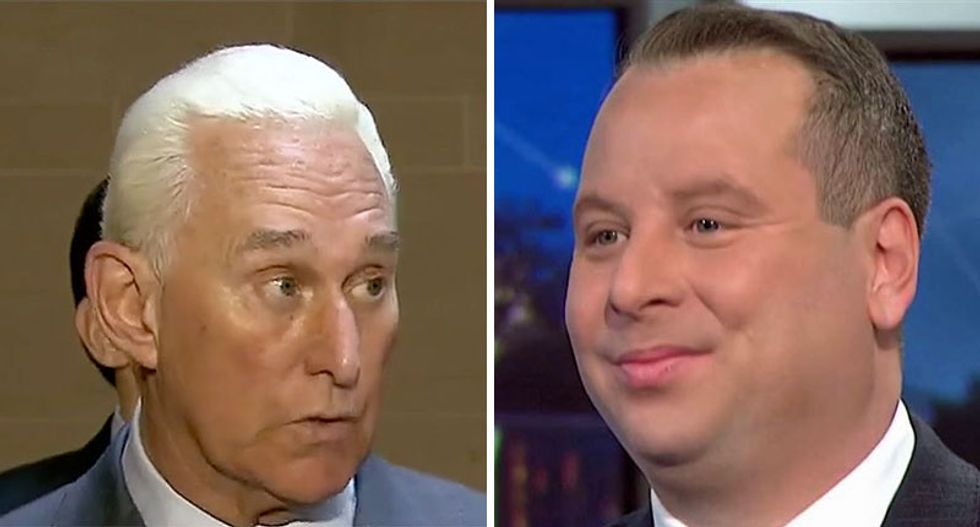 Long-time Donald Trump political confidante Roger Stone and former campaign staffer Sam Nunberg both denied that they are the "drunk/drugged up loser" attacked by the president in an early Saturday series of tweets criticizing a story by Pulitzer Prize winning New York Times journalist Maggie Haberman.

The original story included critical quotes from Stone and Nunberg.

“Donald goes out of his way to treat him like garbage,” Roger J. Stone Jr. told The Times.

“Ironically, Michael now holds the leverage over Trump,” Nunberg said. “However, the president has also taken Michael for granted.”

Nunberg added, “whenever anyone complains to me about Trump screwing them over, my reflexive response is that person has nothing to complain about compared to Michael.”

The president lashed out at the story on Saturday.

Now, both former advisors have denied being the target of the commander-in-chief's smear.

Stone denied being the substance-abusing "loser" attacked by the president.

"Not a reference to me," Stone told the Palm Beach Post. "Beyond that I have no comment."

Nunberg is also denying the accusation and refusing further comment.

"I have no idea who [the President of the United States] is talking about so I have no response," Nunberg told CNN.