‘Run away like a coward’: Paul Ryan flees Congress -- and the internet erupts in joyful mockery 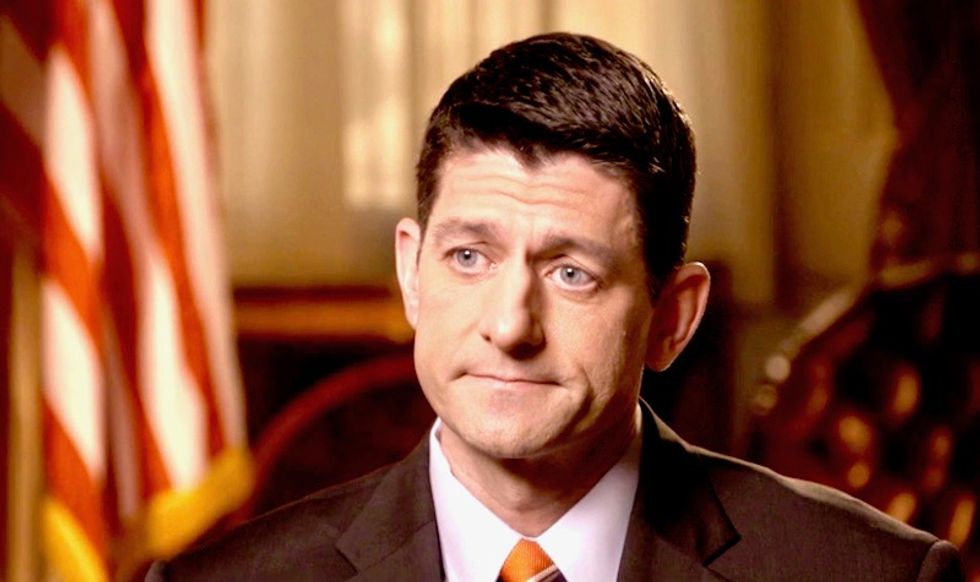 Donald Trump threatened to start a war this morning, a possible attempt to distract from the fact that investigators raided the offices of his personal attorney on Monday and likely have a whole boatload of new evidence against him.

Turns out, maybe he didn't need to start a new war. At the same time Trump was warning Russia of his plans to shoot missiles at Syria's despotic leadership, Paul Ryan united the nation in a rare moment of joy when news broke that he is "retiring" at age 48. The fiscal arch-conservative will have completed 20 years of service with the federal government and will get his full pension starting at age 50.

The Republican speaker of the house is loathed by both Democrats and #MAGA Republicans and has been ineffective at corralling the anarchist Tea Party wing of his own party. Which is why Ryan is getting whacked from the left and right on Twitter.

Dear Paul Ryan: Nancy Pelosi will miss you. MAGA nation will not. Thanks for nothing, America 🇺🇸 maga
— thebradfordfile™ (@thebradfordfile™)1523451947.0

.@realDonaldTrump has radically transformed the GOP in a way that no President has before. @SpeakerRyan leaving C… https://t.co/Dy4GXe1hK5
— CJ Pearson (@CJ Pearson)1523451678.0

And then someone pointing out the unique situation in which all of America is united for one brief moment:

Gotta love it when left wing twitter and right wing twitter actually agree on something. The fact that it's absolut… https://t.co/SKq9XvpEZ4
— MCFried (@MCFried)1523452394.0