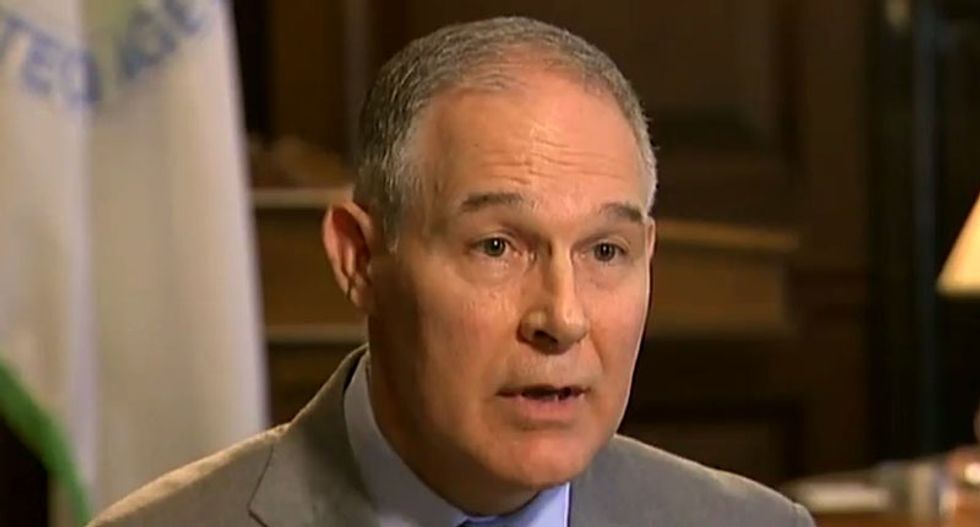 Friday, the AP revealed that the costly sum came as Pruitt claimed he was being threatened and feared for his life. Pruitt has been criticized for spending $70,000 to replace two desks in his office with ones that were bullet proof. There is ample security in most government buildings.

In total, the agency spent millions on a 20-member full-time security detail. The size is three times the size of the previous EPA administrator, who had a part-time security agent.

The costly sum accounts for multiple trips, flights, hotels, overtime and other costs as Pruitt travels in the U.S. and abroad. The security detail reportedly racked up so much overtime that the agents hit the annual salary cap of $160,000.