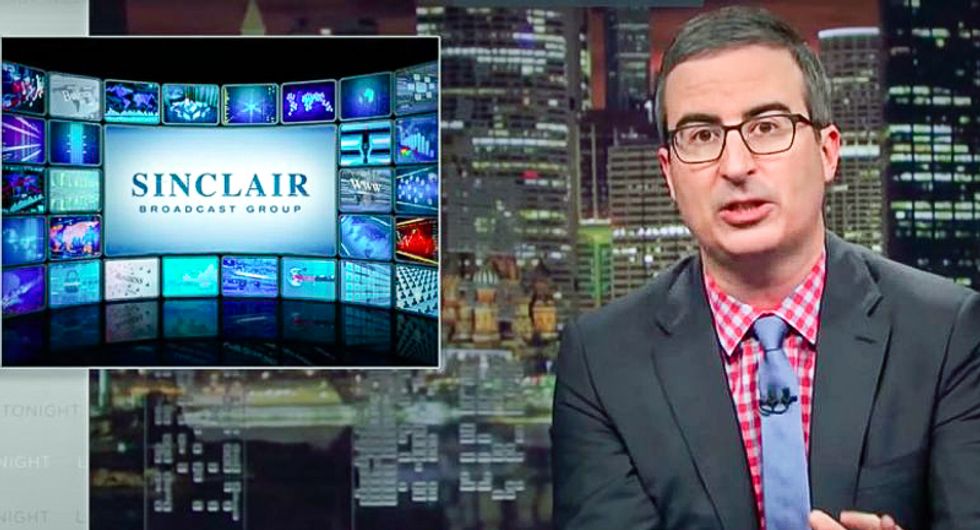 Sinclair Broadcast Group on Monday fired back at its critics after the organization required local TV news stations across the country to assail the free press.

After Deadspin released a video highlighting Sinclair-employed news professionals reading the same script about "biased and false news" on dozens of channels, critics accused the company of undermining the press.

In an internal memo obtained by CNN on Monday, Sinclair lashes out critics, and insists that its news initiative has been thoroughly researched.

"There is a lot of noise out there about our company right now, and what is lacking in that analysis is something we constantly preach; context and perspective," the memo states. "The critics are now upset about our well-researched journalistic initiative focused on fair and objective reporting. "

The memo also accuses the media of taking the Sinclair promos out of context with "misleading, often defamatory stories about our thriving news operations."

"Media reports have mischaracterized Sinclair's coverage of the Clinton and Trump 2016 campaign saying that, '(the) Trump campaign made a deal with Sinclair for favorable coverage,'" the memo insists.

"[W]e reached out to both the Trump and Clinton campaigns in the summer of 2016, offering both candidates—and their surrogates--- the chance to speak repeatedly, and directly, to local news viewers, in our Sinclair markets," Sinclair notes. "The Trump campaign responded favorably to the opportunity and, as such, received more direct interaction with our viewers. The Clinton campaign, despite our repeated, documented attempts to arrange such interviews, participated at a much lower level; never once providing the candidate herself for an appearance on a Sinclair station."