'Spare the rod, spoil the child': Christian father of 19 beat his kids daily — and threatened one with a chainsaw 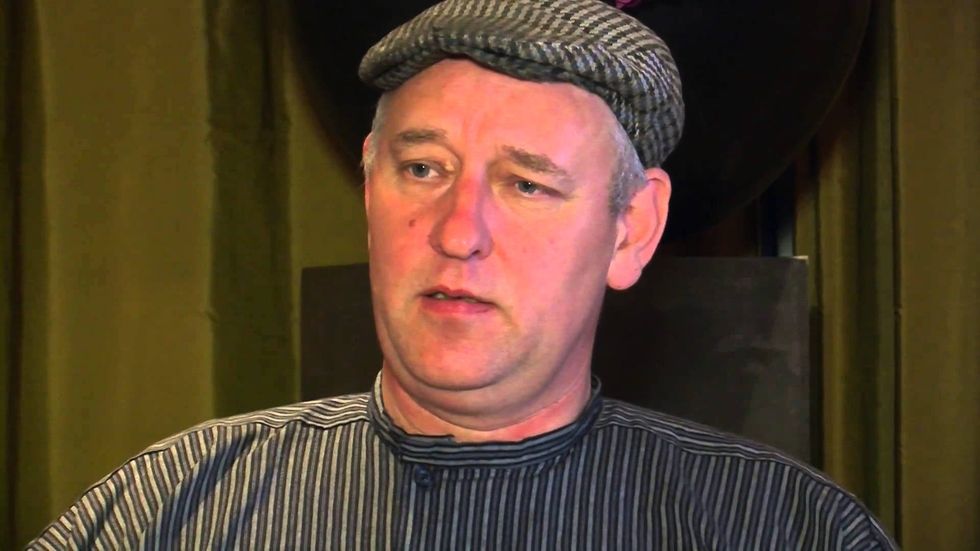 Henk Koelewijn, a Dutch Christian accused of imposing religiously-inspired abuse on his 19 children. Image via screengrab.

A self-avowed Christian who sired 19 children was discovered regularly beating his children — and even threatened one with a chainsaw.

Patheos' The Friendly Atheist reported that Henk Koelewijn, a 59-year-old Dutch man who describes himself as "deeply religious," is the subject of a child abuse trial in the Netherlands. According to prosecutors, one of Koelewijn's favorite disciplinary sayings comes from the Biblical adage "spare the rod, spoil the child" — so much so that he "would sometimes use a wooden stick to administer his beatings."

"For good measure, he frequently threatened them with death, screaming on at least one occasion that he would shoot his evildoing offspring in the head," The Friendly Atheist's Terry Firma wrote. "One particularly terrifying episode involved him menacing a 12-year-old child of his with a running chainsaw."

Along with the chainsaw and wooden stick incidents, Koelewijn also allegedly tried to strange one of his children, locked "several" of them in a small room without food or water for hours on end, and molested one of his daughters when she was 11.

As the report noted, the father of 19 children said he administered such harsh punishments because some of his kids were using drugs, hanging out with a rough crowd and stealing from him. He's so sure of his innocence, Firma wrote, that he allowed his full name to be used in Dutch newspapers — an unusual move given that defendants are often only referred to by their initials in the Netherlands.

The report also noted that doctors who observed the defendant said he did not exhibit signs of "religious mania." Despite the severity of the allegations, prosecutors in Koelewijn's case are only seeking five years in prison for the years of severe abuse he allegedly inflicted upon his children.