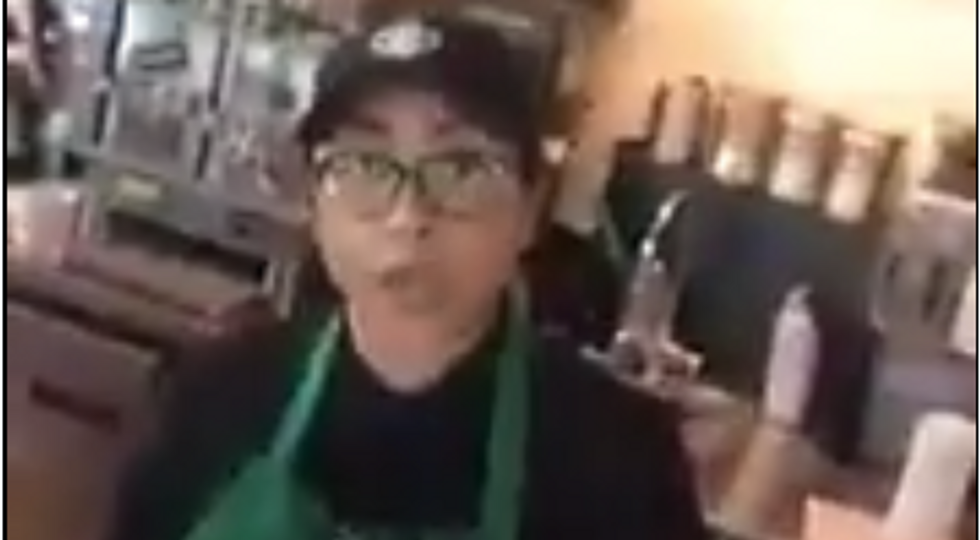 A manager at a Starbucks in the Los Angeles suburb of Glendale tells a black customer to leave the premises. Image via screengrab/Twitter.

Days after a Starbucks in Philadelphia came under fire when an employee called the police on two black men waiting for a friend, another apparently racist incident involving the chain happened at a location in Los Angeles. There, a manager denied a black man use of the restroom immediately after letting a white customer use it.

In a video posted by The Intercept's Shaun King, a black man identified as Brandon Ward speaks to a white man exiting a Starbucks bathroom. Ward asks the man if he'd purchased anything before using the restroom, to which the man replied no, later saying that despite not purchasing anything yet, he was given the code to use it.

The man then informs his white counterpart, the employees and patrons of the Starbucks and viewers of the video that he, too, asked for the code without having first purchased anything, but was denied. Ward went on to rhetorically ask the manager who denied him the code, who insisted that he leave the "private business," if it was because of his skin color that he was denied use of the restroom.

Meet Brandon Ward. He was @Starbucks - about to make a purchase - and needed to use the restroom.

They denied him the code.

He then finds a white man, Weston, who came out of the restroom.

He had not made a purchase but they gave HIM the code.