Stephen Colbert nails why Melania snubbed Trump's hand-holding: 'She knows where it's been' 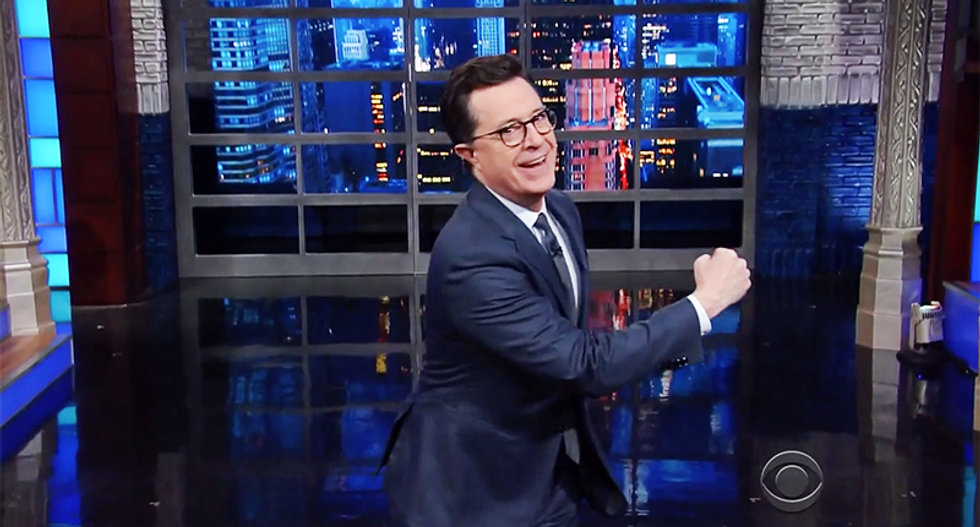 The Late Show's Stephen Colbert on Tuesday decided to try his hand at an awkward moment between the president and first lady.

During a photo op with their French counterparts, President Donald Trump was recorded trying to hold Melania Trump's hand — only to have her not grasp it in an instantly-memeable moment.

As Colbert sees it, that tense shot (or their equally-awkward cheek kissing mishap earlier in the appearance) weren't mere coincidence.

"She is not having it," the host said while playing a zoomed-in view of the incident. "He's like trying to arouse a dead trout."

Referencing an interview with Trump's mistress Stormy Daniels, Colbert mused that "you can't blame" the first lady for not wanting to hold the president's hand.

"She watches 60 Minutes," he said. "She knows where that hand has been."

Watch below via NBC: