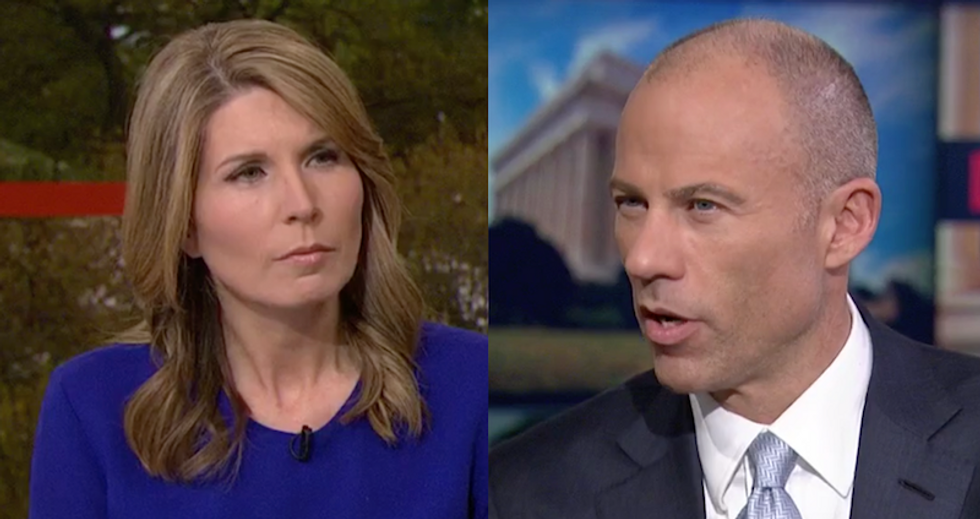 Donald Trump's personal attorney—who says he would "take a bullet" for the president—is about to get squeezed, and Stormy Daniels' attorney Michael Avenatti thinks he's going to snitch on Trump so save himself like the protagonist of Goodfellas or like Salvatorye "Sammy the Bull" Gravano.

Avenatti went on MSNBC with Nicolle Wallace today and declared that Cohen "is going to roll on Trump."

"There's little to no doubt that [Cohen] is going to be indicted in the next 90 days, if not sooner," he said.

Avenatti said that he expects Cohen's lawyers will talk to him

"They put potentially an ankle monitor around your ankle, if you're bailed out," Avenatti said. "Reality sets in and your attorney has a 'Comes to Jesus' meeting with you and it goes something like thais: You know if you're convicted you're going to potentially face 10 to 15 years in the federal system... unless you roll over and you provide information on somebody higher up the food chain. That conversation has a tendency to really bring a lot of clarity to the choice."

The segment ended with Avenatti drawing another parallel to mobsters past.

"I know, it's just so much less sexy though," Wallace said.

The full 17 minute interview is below in two parts.