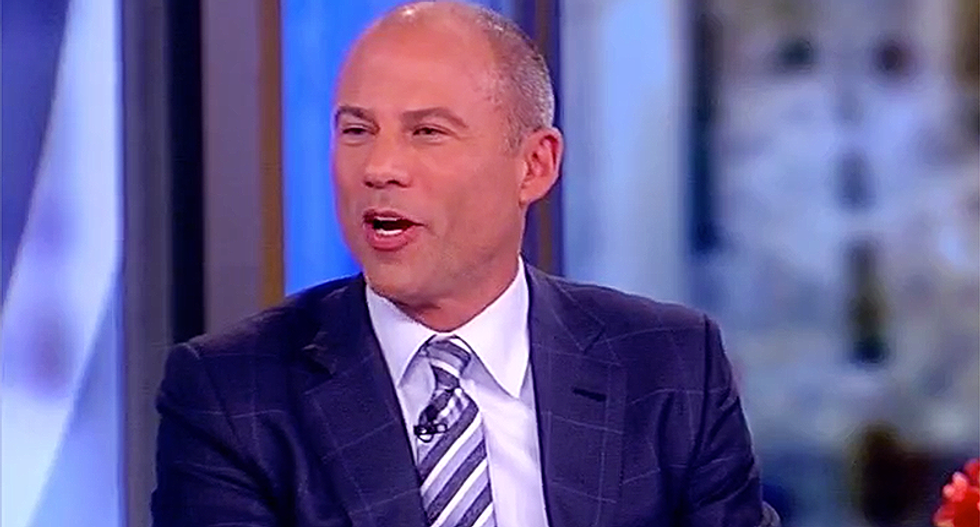 During an interview with CNN's Jake Tapper, Avenatti claimed that the men Cohen was seen smoking cigars with outside of a courthouse on Friday afternoon had unspecified ties to the Russian government.

"Michael Cohen was videotaped and photographed sitting with a number of men," Avenatti said. "We believe that a number of those actually had ties, Russian ties, as crazy as that sounds. This story gets more strange and more strange by the day. You couldn't make this up if you wanted to."

Tapper seemed taken aback by Avenatti's allegations and pressed him for more details.

"Can you shed more light on what you said?" he asked. "I mean, I saw a picture of one of the people he was sitting with, and he has ties to one particular Russian wealthy individual. What else are you talking about?"