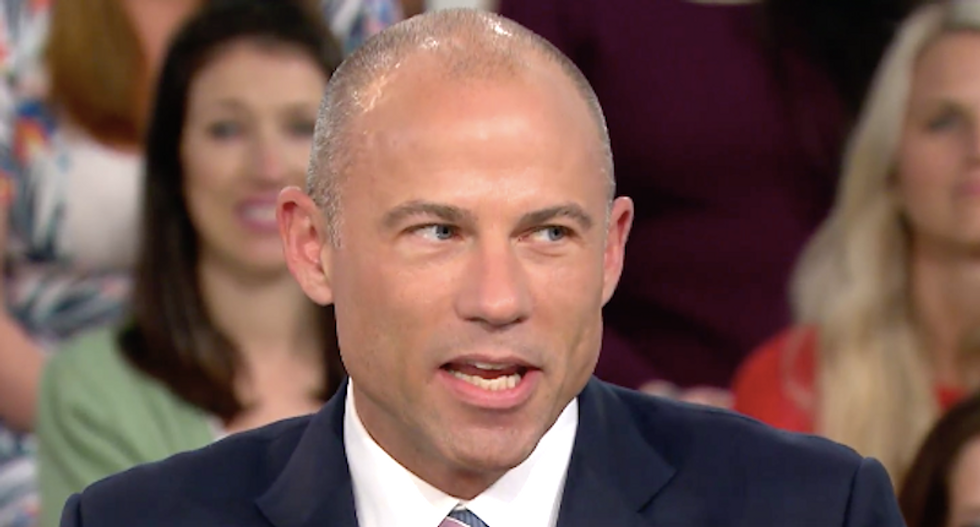 Stormy Daniels' attorney Michael Avenatti told CNN's Wolf Blitzer his client is considering a defamation suit against Donald Trump after the president tweeted about her on Wednesday.

In response to the sketch, Trump tweeted that it was “a total con job."

Stormy Daniels broke the internet when she released a sketch of a man she says threatened her. The adult film star is currently in a legal battle against President Trump, who she claims had sex with her in 2006 after an event at a golf course.

In the interview, Avenatti said: "He has no reason to tweet about me or my client while a party in litigation when it comes to making misstatements about his client," he said. "He has now told the American people that she's a liar, that she's a con, and that she has made up this threat and this sketch and I'm outraged by it and there are serious consequences for it.  We will likely be amending our complaint and looking at doing that to add a defamation claim against the president."