'Take a chill and develop a little bit of self-awareness': The Mooch lectures Comey in Fox News comeback 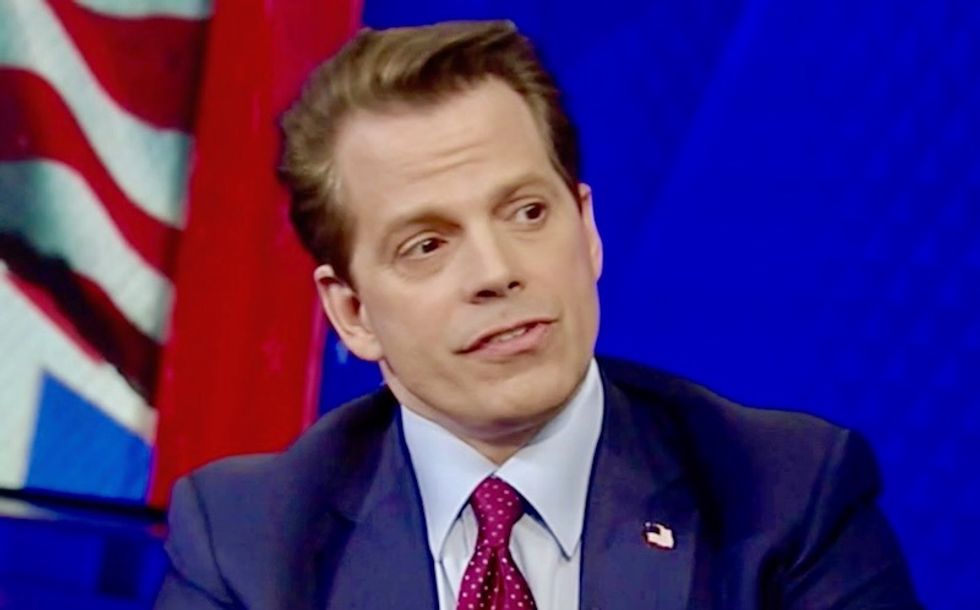 But this Saturday was an exception, as Watters earned a visit from short-lived White House Communications Director Anthony "The Mooch" Scaramucci, who appeared to offer his thoughts on former FBI director James Comey's book.

The Mooch, as you may recall, is a brash New York investment banker who was Trump's spokesman for about 10, before being fired prior to his formal start date.

Given his 10 days in Washington, the Mooch felt he was well-positioned to offer advice to former FBI Director James Comey.

And his advice was for Comey? Be more demure and keep a low profile.

"Get off the air, take a chill, and develop a little bit of self-awareness of the problems you have, because we all have issues," Scaramucci said. "I think he's got the whole thing wrong with the sanctimony."

"It's the politics of personal dislike," said Scaramucci, who was fired after he called a reporter and unloaded a profane rant about his boss, Reince Priebus, who he called "fucking paranoid schizophrenic, a paranoiac."

"You don't like this person so you curve the rules," the Mooch said.

Cain, who has no political background, and whose last two television gigs were in Hallmark Channel movie, offered his thoughts on the Democratic party's lawsuit against Russians and Republicans.