'They're lazy and they've been sloppy in their corruption': Watch MSNBC analyst break down why Trump is so screwed 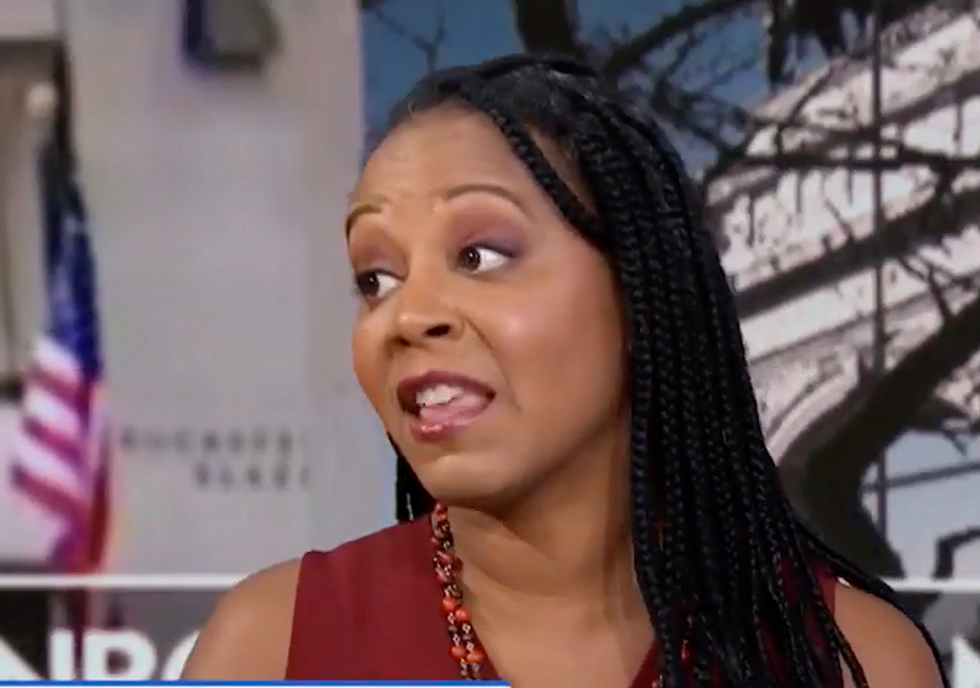 Donald Trump seems genuinely surprised at the doggedness of Robert Mueller and the other investigators digging into his ties to Russia and other possible illegal conduct. He's repeatedly claimed there was "NO COLLUSION" even as his former campaign manager prepares to go to trial on charges of hiding money he got from Russians for campaign work.

Why is Trump so flummoxed by this process? MSNBC analyst Christina Greer, an New York University professor broke it down on Sunday.

"What this particular president does not do is take pride in his work and be thorough—we've seen how his lawyers just willy-nilly throw forms out," she said. "This president doesn't understand someone taking time to do something well."

Greer's take is Trump is so lazy and lacking in fortitude that it's hard for him to comprehend how someone dedicated to such a thing functions. And because he's surrounded himself with sycophants who are equally lacking in rigor.

"His whole cabal told him, 'All this will go away by Thanksgiving, you won't have anything to worry about," she said. "It's also his Achilles' heel—and we can see it, slowly but surely, all the different people around him are implicated because they're lazy, they've been sloppy before, during and after they came to the White House."

Trump knows he's in hot water, but still thinks he can make it go away, she said.

"The problem is he's actually genuinely concerned what all these things put together will show us," she says. "And so that's why we get these tweets, sometimes in the afternoon, sometimes at 6 am in the morning, sometimes late at night—this is clearly on his mind. He feels like if can just make all these people go away... and make the Republicans in congress behave as the sycophants, as they have been behaving, he thinks he can make all this go away."