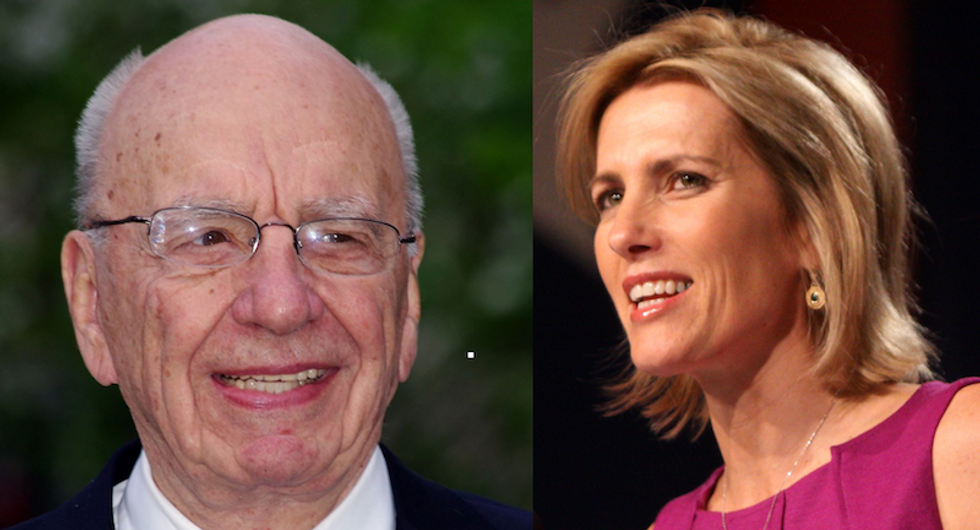 Rupert Murdoch himself intervened in the controversy around Laura Ingraham, who is on "vacation" this week after an advertiser boycott targeted her show following her insults of Parkland survivor David Hogg.

According to a deep report on the controversy by Vanity Fair, over the weekend Murdoch wrote to Fox News co-president Jack Abernethy and ordered him to support Ingraham. The network fired off a statement with Abernethy’s name attached that said that the station "cannot and will not allow voices to be censored by agenda-driven intimidation efforts."

"We look forward to having Laura Ingraham back hosting her program next Monday when she returns from spring vacation with her children,” the statement read.

Murdoch apparently thinks Fox’s post-Ailes management "has been too quick to cave to the network’s many critics."

“Rupert’s been annoyed by what he perceives as cowardly behavior by his executives,” a source close to Murdoch told Vanity Fair. “He thinks they’re being pussies.”