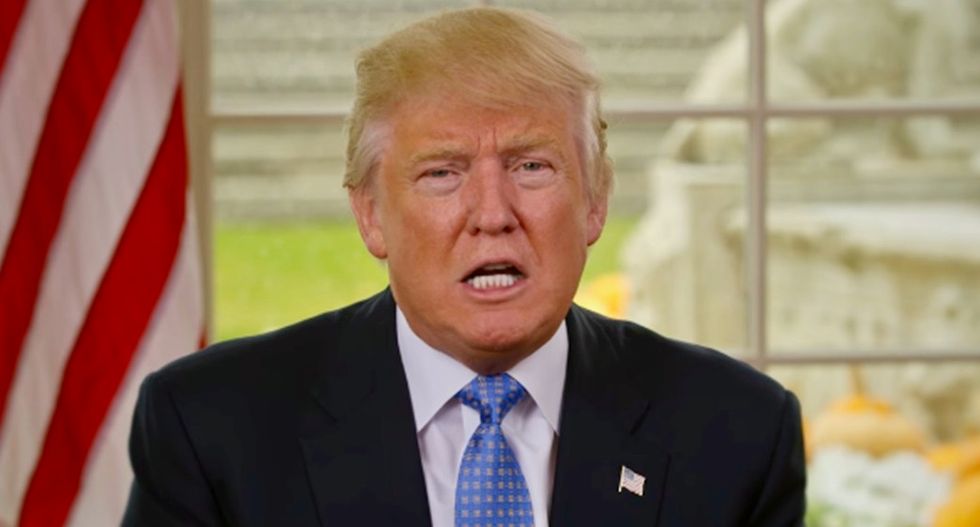 The White House announced on Tuesday that President Donald Trump has canceled his planned trip to South America as multiple scandals are exploding around his administration.

Via CNN's Jim Acosta, White House Press Secretary Sarah Huckabee Sanders told reporters Tuesday morning that Trump would not be travelling to Peru or Colombia as originally planned, and would be sending Vice President Mike Pence to those countries instead.

Sanders said that Trump was staying behind in the United States because he wants to "oversee the American response to Syria and to monitor developments around the world."

However, the timing of the announcement is certain to raise eyebrows, as it comes just one day after the FBI conducted a raid on the office of Michael Cohen, Trump's longtime personal attorney.

The president lashed out on Twitter against the raid Tuesday morning, one day after calling the raid "an attack on our country" on Monday afternoon.

A White House source tells CNN's Kaitlan Collins that the decision to cancel the trip came on Monday night, just hours after Trump launched his initial tirade against the FBI over the Cohen raid.