Trump-allied tabloid just torched Michael Cohen on the cover -- is he out of Trumpworld? 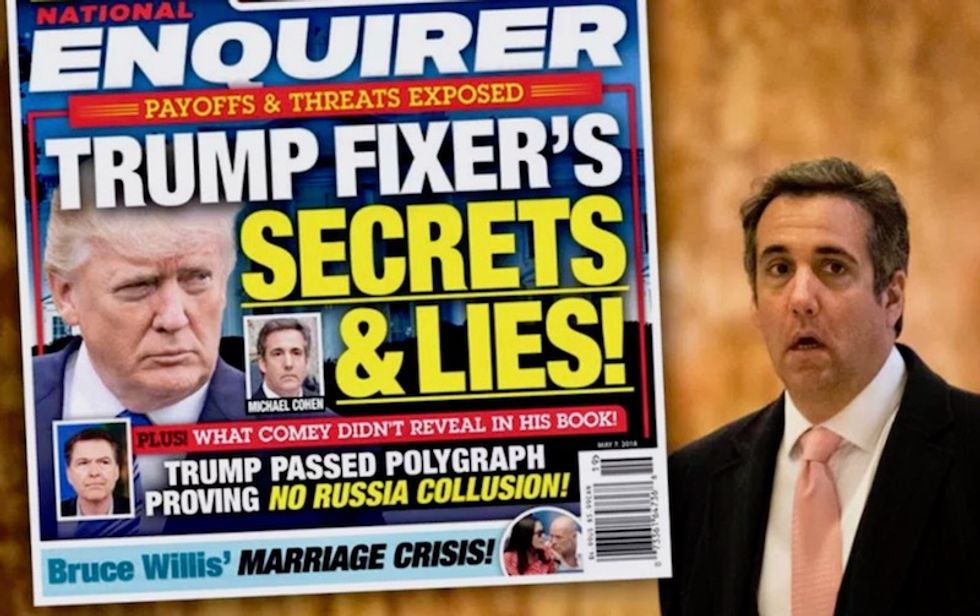 Michael Cohen blasted on the cover of the National Enquirer/Screenshot

While most mainstream media has been critical of Donald Trump, The National Enquirer has been loyally supportive.

The paper even has an operative working inside the White House.

But the cover of this week's edition, one-time Trump "Fixer" and close ally Michael Cohen is blasted as a liar in a piece that promises to expose his secrets.

Reactions to this development were swift—it sure seems like he's being thrown to the wolves.

For background on Cohen and his role in Trumpworld scroll down and watch the CNN video below.