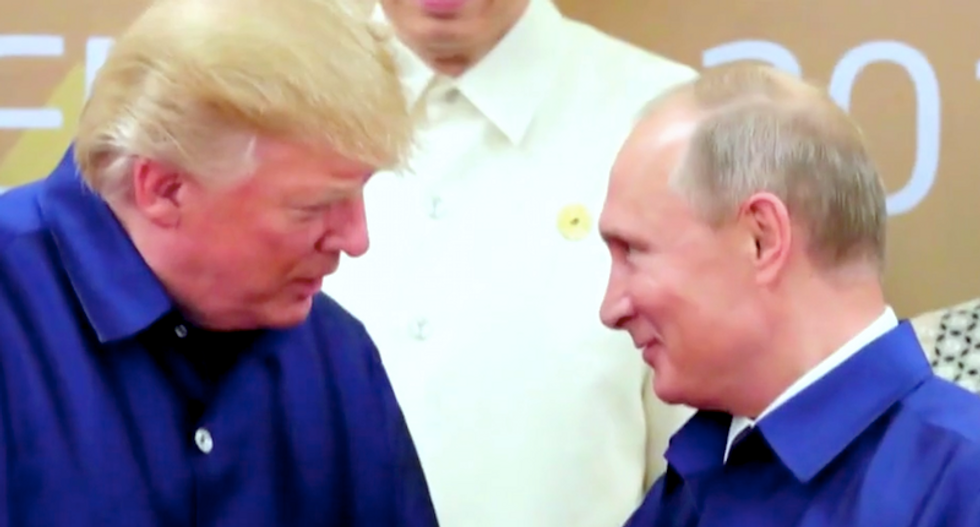 President Donald Trump has formally invited Russian President Vladimir Putin to a meeting at the White House, despite the continued furor over Russia's alleged poisoning of ex-Russian spy Sergei Skripal in the United Kingdom.

Agence France-Presse is reporting that Trump has proposed a White House meeting with Putin, despite the fact that the American government recently expelled dozens of Russian diplomats over that country's alleged role in releasing a deadly nerve agent on the soil of America's closest ally.

Even though the American government has responded swiftly in its response to Russia's nerve agent attack, Trump himself has been notably silent on Russia's actions. During a recent telephone call with Putin last month, Trump ignored aides' pleas to not congratulate the Russian president on his recent reelection, and he also neglected to mention Skripal's poisoning.

In response to criticism over the call, Trump lashed out at the media and insisted that he still wanted to pursue stronger ties with the Russian government.

"I called President Putin of Russia to congratulate him on his election victory (in past, Obama called him also)," the president wrote on Twitter. "The Fake News Media is crazed because they wanted me to excoriate him. They are wrong! Getting along with Russia (and others) is a good thing, not a bad thing."