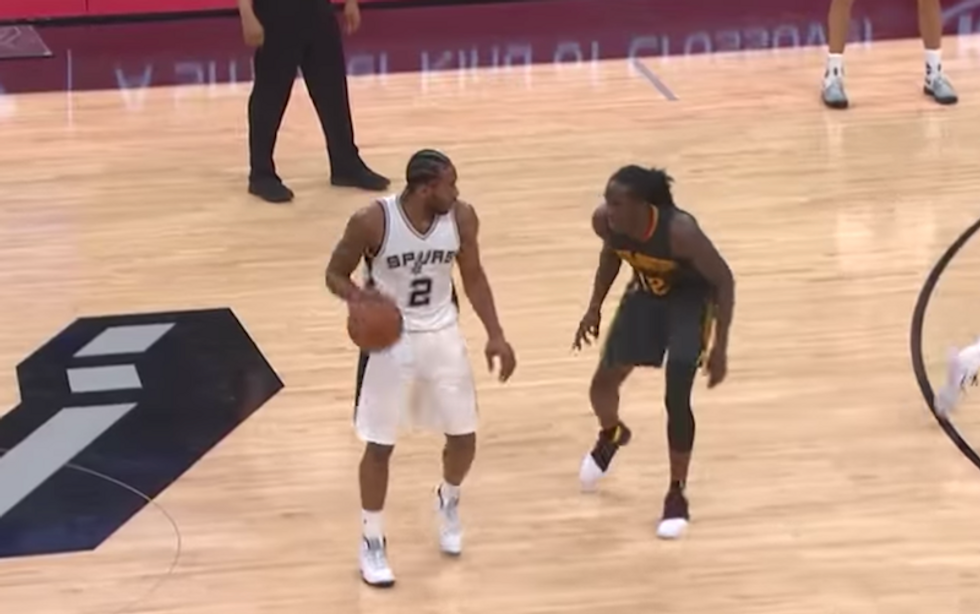 Kneeling players put the NFL in the middle of the culture war, but the NBA is where you'll find the most outspoken liberal players and coaches.

Fans deep in the heart of Texas have given up their team as a result—and are now crying about it. The Washington Post profiled Trump-loving fans of the San Antonio Spurs who are boycotting the team because coach Gregg Popovich has been outspoken in criticizing Trump, who he has called "a soulless coward" who is "an embarrassment to the world."

Among them are Trump-supporting former fan Cassandra Casanova.

“After all those years supporting the team, and now I just have no interest,” she told the Post. “Popovich really messed up.”

She gave all her team gear to Goodwill.

"I took it personally," she said. "I was such a loyal fan, and he insulted me. Why would you start attacking the people who had been so loyal?”

Another Texan said he still watches the games but now does so alone since his family is boycotting.

“It is sad that Pop basically told my wife and my son and me for that matter that we were fools for supporting Donald Trump,” the man told the Post. “What happens when someone calls you a fool? You avoid them.”