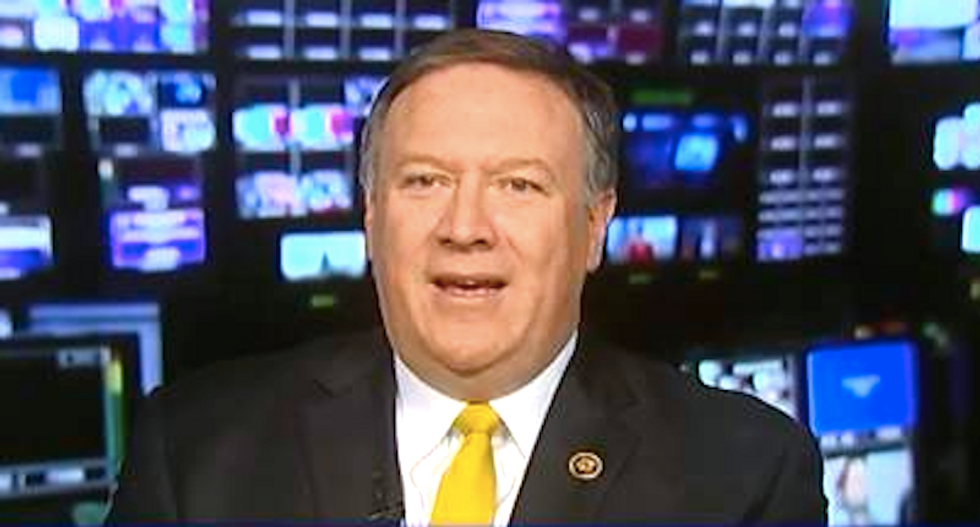 Pompeo’s trip made him the most senior U.S. official ever known to have met with Kim and provided the strongest sign yet to Trump’s willingness to become the first serving U.S. president ever to meet a North Korean leader.

Pompeo’s conversations fueled Trump’s belief that productive negotiations were possible with North Korea over its nuclear and ballistic missile programs, but far from guaranteed, according to a U.S. senior official briefed on the trip.

The visit, a second U.S. official said, was arranged by South Korean intelligence chief Suh Hoon with his North Korean counterpart, Kim Yong Chol, and was intended to assess whether Kim was prepared to hold serious talks.

Pompeo, one of Trump’s most trusted advisers, returned to report that it was worth continuing to pursue the possibility of a summit, but added that no site had been selected from lists of options, and consequently no logistical arrangements had been made so far, the second official said. Both officials spoke on condition of anonymity.

Trump said earlier on Tuesday the United States was engaged in direct talks at “extremely high levels” with North Korea to try to set up a summit between him and Kim.

He sowed some confusion by suggesting he had been speaking to Kim directly, but later clarified by saying: “Let’s leave it a little bit short of the highest level.”

Spokeswoman Sarah Sanders added: “The president said the administration has had talks at the highest levels and added that they were not with him directly.”

Asked about Pompeo, she said: “The administration does not comment on the CIA director’s travel.”

Pompeo told his Senate confirmation hearing for the post of secretary of state this week he was optimistic a course could be set at a Trump-Kim summit for a diplomatic outcome with North Korea, but added that no one was under any illusion that a comprehensive deal could be reached at that meeting.

Pompeo said the aim of the summit would be “an agreement ... such that the North Korean leadership will step away from its efforts to hold America at risk with nuclear weapons” and that Pyongyang should not expect rewards until it takes irreversible steps.

Pompeo’s trip made him the most senior U.S. official to visit North Korea since then-intelligence chief James Clapper in 2014.

Trump said he believed there was a lot of goodwill in the diplomatic push with North Korea, but added it was possible the summit - first proposed in March and which the president said could take place in late May or early June - may not happen.

Efforts to arrange the unprecedented meeting have helped ease tensions over Pyongyang’s development of nuclear missiles capable of hitting the United States. Kim has agreed to discuss denuclearization, according to U.S. and South Korean officials.

“As I always say, we’ll see what happens, because ultimately it’s the end result that matters, not the fact that we’re thinking about having a meeting or having a meeting.”

Trump, who has exchanged bellicose threats with Kim in the past year, said U.S. officials were looking at five locations for a meeting. Asked if any of those were in the United States, Trump replied: “No.”

A U.S. official said sites in Southeast Asia and Europe were among those under discussion. Kim has rarely left North Korea.

Speculation has centered on a range of sites including Pyongyang, the demilitarized zone between the Koreas, Stockholm, Geneva and Mongolia.

Talks between Trump and Abe are largely focused on the prospective summit as Japan seeks a U.S. commitment that any denuclearization deal with Kim will include not just long-range missiles but those that could be aimed at Japan.

Reflecting the closeness of their ties, the Trump-Abe meetings included a walk around the carefully manicured grounds of the beachfront club and dinner on the patio with their wives. A round of golf was planned for Wednesday.

“For the North Korean issue, I’d like to underscore the importance of achieving the complete, verifiable, and irreversible denuclearization, as well as the abandonment of missile programs of North Korea,” Abe told Trump.

Abe also obtained an agreement from Trump to bring up the issue of Japanese nationals abducted by North Korea, a highly emotive issue for the Japanese.

Trump stressed that he and Abe were united.

“Japan and ourselves are locked, and we are very unified on the subject of North Korea,” he said.

Trump said it was possible diplomatic efforts to arrange a Kim summit would fall short and if it did not happen, the United States and its allies would maintain pressure on Pyongyang through sanctions.

“It’s possible things won’t go well and we won’t have the meetings and we’ll just continue to go on this very strong path we have taken,” he said.

Trump also backed efforts between South Korea and the North aimed at ending a state of war that has existed between the two countries since 1953.

“People don’t realize the Korean War has not ended. It’s going on right now. And they are discussing an end to the war. Subject to a deal, they have my blessing and they do have my blessing to discuss that,” he said.

Trump and Abe could use a successful summit to give themselves a political boost at home. Trump has been hounded by controversies linked to an investigation into alleged Russian meddling in the 2016 U.S. election, and Abe is struggling with declining popularity because of scandals over suspected cronyism.

Trump has forged close ties with Abe during his 15 months in power and the two have bonded over rounds of golf during Abe’s last visit to Florida more than a year ago and Trump’s visit to Tokyo last November.

Japan fears Trump will try to link vital security matters with touchy trade topics. Tokyo is eager to avoid being pushed into talks on a two-way free trade agreement aimed not only at market access but at currency policies, something South Korea recently accepted when it renegotiated a trade deal with the United States.

Another irritant on trade is that Japan has not been given an exemption to tariffs on steel and aluminum exports to the United States, unlike the European Union, Canada and Mexico.