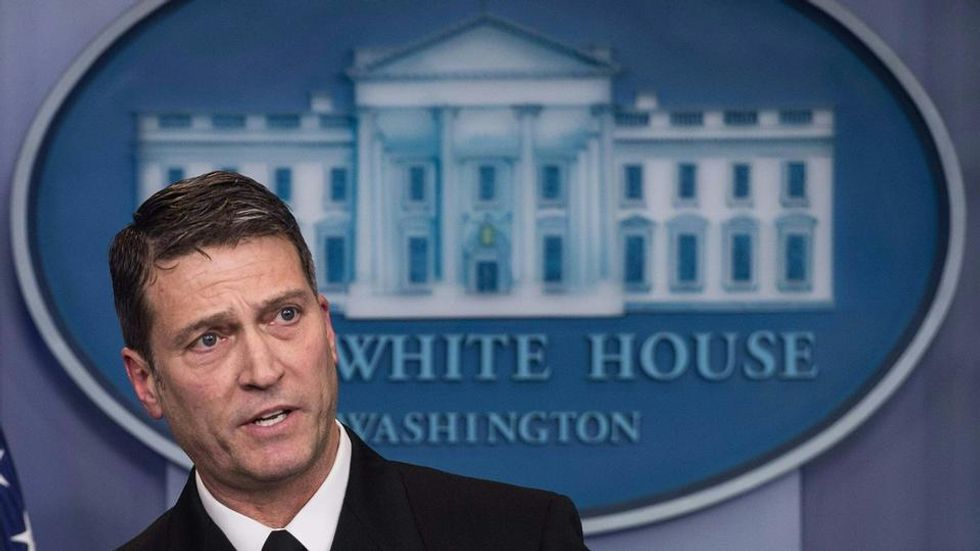 Amid news that his confirmation hearing has been postponed, CBS News' Steve Dorsey reported on Twitter that White House physician and Donald Trump's Veterans Affairs head nominee Ronny Jackson has been accused of improper conduct that includes "drinking on the job."

According to Dorsey, two sources close to the matter told CBS reporters the committee "is reviewing allegations against Ronny Jackson which include a hostile work environment, excessive drinking on the job and improperly dispensing meds."

Dorsey noted that Sen. John Tester (D-MT), the leading Democrat on the Senate Veterans Affairs Committee, was the one who asked to postpone Jackson's Wednesday hearing in light of the allegations. In an interview with The Washington Post before the allegations were made public, Tester said the committee is "doing our job to make sure he’s fit for the job."

CNN's Manu Raju noted that both Republicans and Democrats privately mused that the White House "appears to have done a shoddy job vetting Jackson."

Both sides saying privately that WH appears to have done a shoddy job vetting Jackson, which is why they likely wil… https://t.co/LsX0JZ4ePq
— Manu Raju (@Manu Raju) 1524534343.0