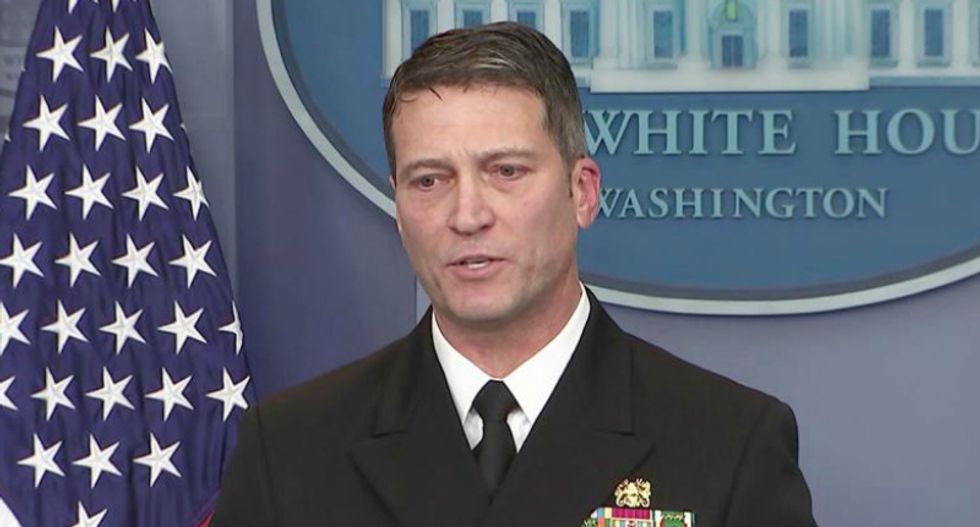 Damning new revelations are still dropping about White House doctor Ronny Jackson, even after he withdrew his name from consideration to be secretary of Veterans Affairs.

Five current and former White House medical unit employees tell CNN that Jackson ran what they describe as a "grab-and-go" clinic in the White House where staffers could get access to prescription-free drugs, such as the powerful sleeping aid Ambien, that they were then free to distribute to their children.

One former staffer tells CNN that Jackson presided over a drug distribution system that offered "loose control of the controlled medications" and that would even give some departing staffers drugs that would otherwise require a prescription as "parting gifts."

"People in the unit can pick it up and hand it out to staffers," said another source. "Jackson himself is directing people to do that."

Art Caplan, director of the division of medical ethics at the New York University School of Medicine, tells CNN that these accusations against Jackson are profoundly disturbing if true.

"Giving out Ambien or Provigil sleep aids 'like candy' as alleged is still dangerous and irresponsible because these drugs have notorious side effects," he explained.