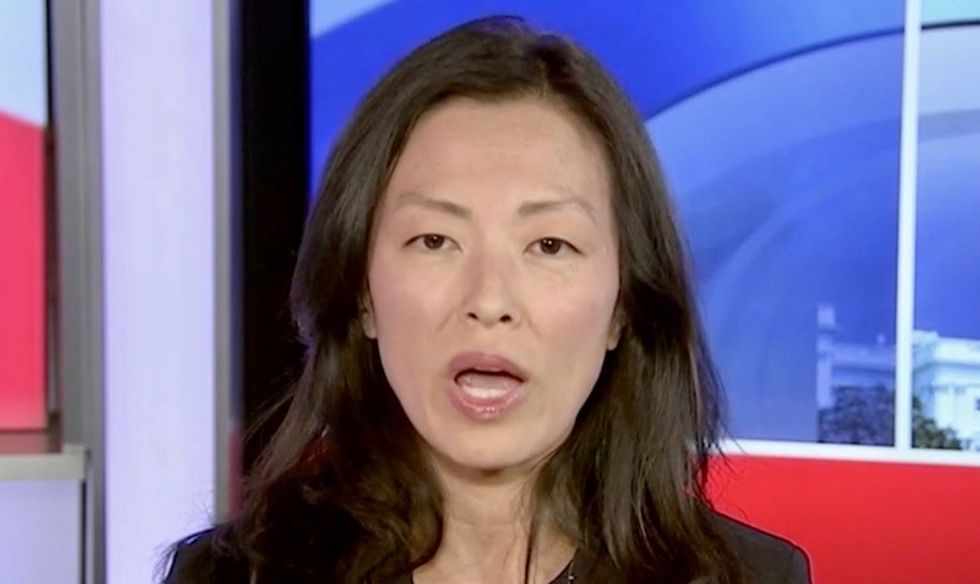 Donald Trump's allies are already crowing about his strategy with North Korea, which started with insults and has progressed to bi-lateral talks between President Donald Trump and North Korean dictator Kim Jong Un.

Fox News host Greg Gutfeld, for example, has repeatedly predicted that Trump will "win a Nobel Peace Prize" for his negotiations.

you got 2 hours before we re-air, so kill some time watching my monologue on north korea: https://t.co/HLb4YWNfiI
— GregGutfeld (@GregGutfeld)1524366362.0

But what if Trump already lost, and the next step is to back down or go to war?

That's what some Korean watchers see—Kim Jong Un has already won legitimacy by landing a negotiation with the president of the United States, which his father and grandfather nwere never able to pull off.

And now, some think, North Korea will ask for the moon and then walk away from negotiations. And that Trump will get nothing. Trump's take is that "maybe things will work out, maybe they won't."

MSNBC panelists explained how it's not quite that simple. Since these talks are at such a high level, "we're pretty much putting everything out on the table."

Jung Pak of the Brookings Institute said that this is a serious concern.

"When you have a summit between the two leaders, if things don't go well there's very little to fall back on," she said.

Watch the full discussion of the high stakes negotiations below.