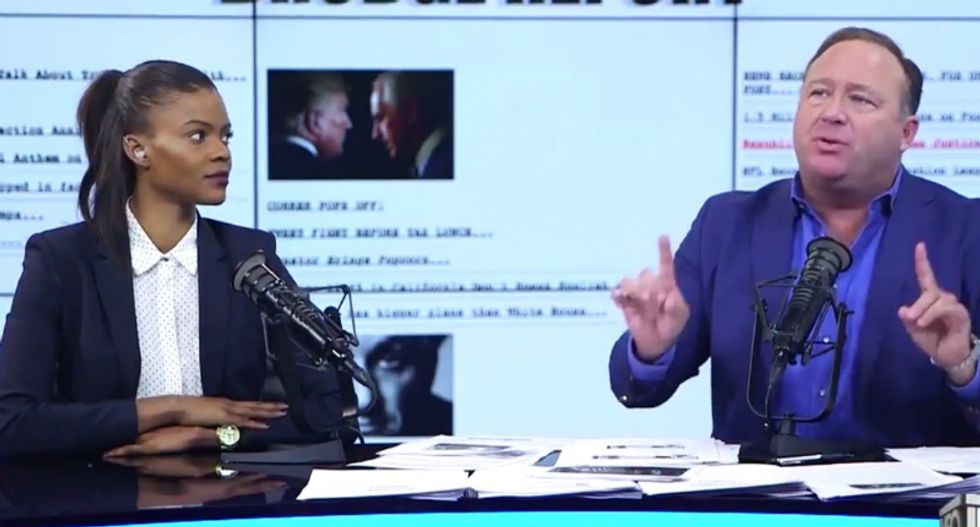 Six days after Infowars regular and "Red Pill Black" YouTuber Candace Owens tweeted that she took issue with being referred to as "far-right," Twitter CEO Jack Dorsey responded to her personally — and apologized for the supposed mis-categorization.

Owens dissatisfaction with the label came after rapper Kanye West tweeted that he likes the way the conservative commentator who once compared Black Lives Matter protesters to animals thinks — a move that predated his newfound love for President Donald Trump. When users began responding to the "New Slaves" singer's audacious claim, Twitter promoted the topic on its trending page and called Owens a "far-right media personality."

"Far right?" the "urban engagement" coordinator for conservative campus group Turning Point USA tweeted on April 21. "Allow me to clarify: I believe the black community can do it without hand-outs. I believe the Democrats have strapped us to our past to prevent us from our futures. And I won’t stop fighting until all black Americans see that."

Far right, as defined by the Oxford English dictionary, simply means "the extreme right wing of a political party or group." As Roanna Carleton-Taylor of the group Resisting Hate wrote for HuffPost last year, "far right" typically denotes the type of rabid and elitist nationalism as exhibited by white nationalist Richard Spencer.

After she posted the tweet, many of Owens' 360,000 followers responded in outrage. Stefan Molyneux, a Canadian YouTuber that, according to the Southern Poverty Law Center, promotes concepts like scientific racism and eugenics, shared Owens' tweet soon after she posted it. He joked that "everyone to the right of Karl Marx is apparently far-right."

On Friday, Dorsey himself apologized for mislabeling the woman that said white supremacist violence is a hoax after the Charlottesville rally.

You can watch Owens with Infowars host Alex Jones below: